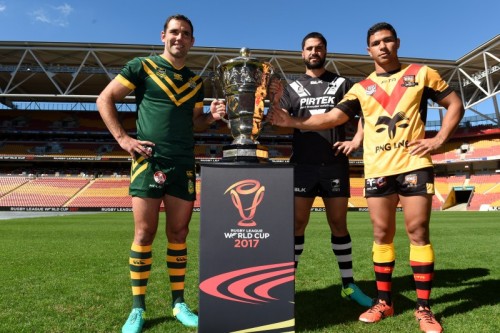 The organisers of the 2017 Rugby League World Cup (RLWC) have released the event’s tournament draw, with the opening game, between Australia and England, to be held at Melbourne’s AAMI Park on 27th October next year and the final to be held at Brisbane’s Suncorp Stadium on 2nd December 2017.

With games to be held in New Zealand (in Auckland, Christchurch, Hamilton and Wellington), Papua New Guinea and in Cairns, Canberra, Darwin, Perth and Townsville, perhaps the most remarkable aspect of the draw is that just two games will be held in NSW.

Introducing the draw, RLWC Chief Executive Michael Brown said the Organising Committee made a deliberate decision to take the tournament games to more fans than any World Cup has done before.

Brown explained “the Tournament Draw demonstrates how far and wide we are taking matches, from established rugby league communities, to those new and emerging fan bases in all three countries.

“Over the course of the pool stages we have looked to position matches in strong rugby league communities and where large populations of ex-pats, Pacifica and indigenous fans live, to give those who love the sport and their national teams the chance to see some World Cup action.

“The decision to take matches to places like Darwin, Perth, Christchurch and Port Moresby were made with the future of the game in mind.

“They are matches we believe will give profile to the sport in markets that have already shown an appetite for rugby league.”

With the Queensland Government bidding for Suncorp Stadium to host the 2019 NRL Grand Final, hosting the Rugby League World Cup final is seen as major coup for the state. 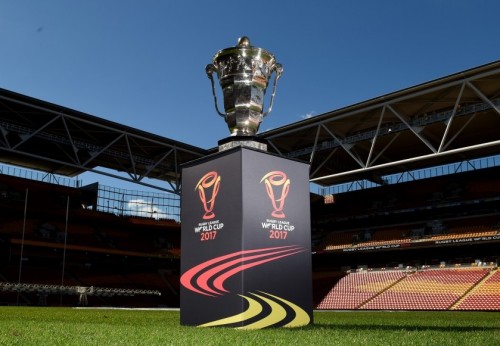 With Cairns and Townsville each hosting three World Cup pool matches, including a double-header, Queensland Tourism and Major Events Minister Kate Jones said Queensland had scored the major games of the World Cup, stating “this is a major coup for the state and will focus the attention of millions of rugby league fans on Queensland.

“The games at Suncorp are expected to sell out attracting tens of thousands of interstate and international visitors and generate up to 120,000 visitor nights for Queensland.

“The World Cup’s biggest games (will) drive visitation, supports jobs and fosters pride in our state.”

Staging the final at the 52,500 capacity of Suncorp Stadium, which hosted the 2008 World Cup Final, is expected to bring considerable benefits to the Queensland hotel and entertainment industries.

However, the big surprise of the draw is that just two games will be held in NSW – the pool matches, England v Lebanon and Australia v Lebanon at the Allianz Stadium.

With NSW tourism and events agency Destination NSW reportedly not willing to fund fixtures, NSW’s rugby league heartland of Western Syndey, Wollongong and the Hunter Region will be watching from a distance while the event is on. 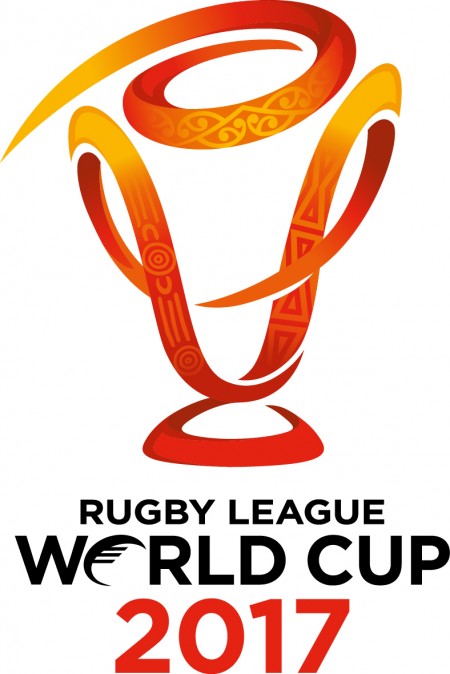 *Kick off times to be announced ahead of tournament