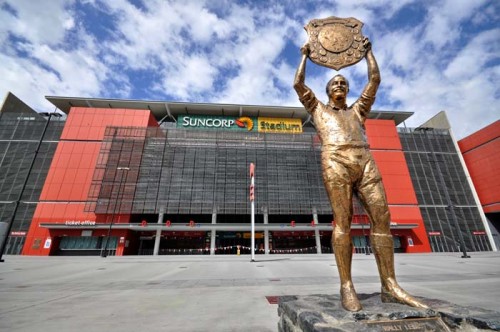 The Australian Rugby League Commission has begun reinforcing its foundations in Queensland with the unveiling of a new headquarters and with Chairman John Grant suggesting that the city could host future NRL Grand Finals.

Mindful of competition from other football codes, Grant said the sport was "not taking advantage" of its long established popularity in Queensland, suggesting the next team introduced to the NRL was likely to come from the south east of the State.

Asked about the potential for a second Brisbane side in the NRL, Grant stated "I think south east Queensland (will be the location)”, continuing “we have flagged the fact when you look at where the players are placed and where the fans are placed, there is a marketplace in Queensland, potentially not being taken advantage of.

"Queensland has multiple centres of high density and we have to make sure our NRL and Queensland Cup teams are appealing to those communities.

"We have provisions (in the free-to-air broadcast agreement) for a 17th team in Brisbane."

Grant's comments will be music to the ears of the several consortia vying to bring another team to the southeast corner and challenge the dominance of the Broncos.

Grant also indicated that the NRL grand final could also be on its way to Brisbane.

While the NRL is contractually bound to keep the season decider in Sydney until 2019, Grant said it will shift around after that.

He added “we use the State of Origin on a three-year cycle to launch rugby league and confirm league's position elsewhere in the Australian community (and) we will do the same with grand finals and other big events.

"We have to keep our options open but there are commitments being made." 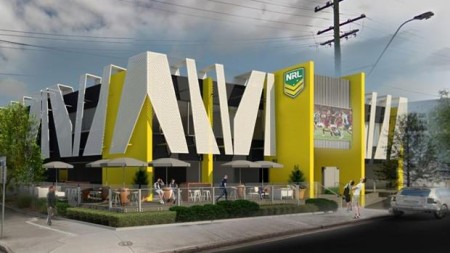 Mindful of the AFL’s new broadcast deal and the code apparently looking to target growth of the game in non-traditional states of Queensland and New South Wales in years to come, Grant added "I am sure the AFL didn't sit down last year and think about western Brisbane; I am sure it has been on their horizon for several years.”

The AFL this week announced the country's first ‘diversity academy’ would be established in western Brisbane.

Grant was also announced a new home for rugby league in Queensland to be completed in time for the 2016 season - directly across the road from the game's current offices at Lang Park.

The building will be known as Rugby League Central Queensland and will house all the game's main stakeholders in the state under the one roof, along with a rugby league museum and flexible function room.

It echoes the Rugby League Central building in Sydney, where the game’s national administration base is located.