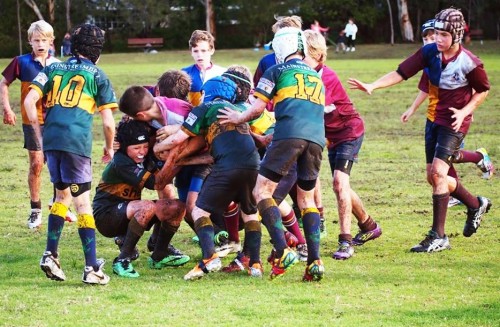 The most profitable sports in NSW are also gaining a major slice of NSW Government sport funding under an opaque grants system.

Looking in to $20.3 million in grants awarded by the NSW Office of Sport to sporting organisations and athletes in 2015/16, Fairfax media has reported that rugby union and league have secured the most funding in the "special grants" category.

Unlike grants for local clubs and sport development programs, special grants do not have a staged application process and are arranged individually between the NSW Government, local councils and peak sporting bodies.

As recorded in the NSW Office of Sport annual report, the funding They included $300,000 to the AFL (NSW/ACT) Commission to upgrade Olds Park in the Sydney suburb of Penshurst, $200,000 to the NRL for community facilities and $125,000 to NSW Rugby Union Ltd to upgrade Pennant Hills Oval.

Labor sport spokeswoman Lynda Voltz said the allocation of funding did not reflect participation rates, with netball - the fifth most popular club sport - receiving one-fifth of the funding allocated to rugby union which does not make the top 20 for club participation.

Voltz stated "more women and girls play netball than any of the other ball codes yet netball is treated like some sporting backwater.

"What message does that send to young women aspiring to play professional sport?

“(NSW Sports Minister) Stuart Ayres likes to give lip service to the idea of increasing women and girls' participation in sport but refuses to provide the necessary funding."

Former NSW Premier and later Basketball Australia Chief Executive Kristina Keneally, said the funding process for large sporting projects could be made more transparent by setting up tenders rather than accepting unsolicited proposals. 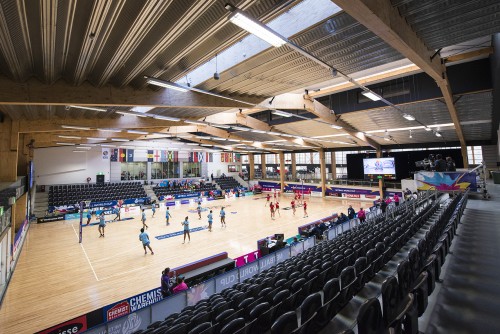 Keneally told Fairfax journalist Harriet Alexander "the big grants come through cabinet processes and are not driven by any type of publicly advertised application processes.

"Usually ‘parish pump’ funding is done to boost a marginal seat or a local member or it's done because the code comes and badgers the government.

"My experience is that sports are pretty poor at working with government - state government in particular - because unless they're the NRL or the AFL they're not geared for it.

"They're more professional organisations, they're commercially focused, they know how to lobby, they have a product that's well known. That's the other thing, what does the government get out of building a football club or an NRL club? They get an association with something that's popular."

Netball NSW Chief Executive Carolyn Campbell said she had not been aware that there was funding available under special grants, but the organisation had applied for everything it knew about.

Campbell added we've enjoyed $27 million from the Labor Government of the day in 2011 and the Liberals did see that through.

"We were able to build our terrific new centre at Olympic Park. But what I don't know is what we're missing out on because we don't necessarily have an understanding of what's on offer.

"We're not a political beast but at the same time I think our own values stand up for us because our sport is so strong and so community minded."

Minister Ayres said netball had received its biggest investment in the history of the sport in Australia during the government's term in office, including $27 million for a new stadium and $308,606 to grow participation.

He advised that special grants were for joint community projects and funding was administered by the sporting bodies and local councils, stating “the Office of Sport works closely with state and local sporting organisations to invite applications for funding across a number of grant programs which require details on projects and/or programs.

"The Office of Sport seeks advice from sporting organisations and councils to identify their needs and priorities."

Click here to view the original article in the Sydney Morning Herald.