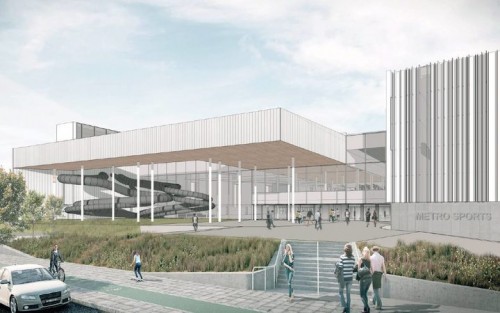 The New Zealand Government has ordered an urgent review of plans for Christchurch’s new Metro Sports facility amid concern that the project’s $217 million budget could blow out to more than $300 million.

Planned to replace facilities demolished after the February 2011 Christchurch earthquake, the venue was to be the largest aquatic and indoor recreation venue of its kind in New Zealand, with a 50 metre, 10-lane competition swimming pool and a separate diving pool, large aquatic leisure area, five hydroslides (waterslides), fitness spaces and nine indoor sports courts.

The previous New Zealand Government had planned for the Metro Sports facility to be built under a design and build contract and had identified Leighs Cockram Joint Venture Ltd as the preferred contractor.

However, official advice to the new Minister for Greater Christchurch Regeneration Dr Megan Woods shows that if the project goes ahead on the final pricing submission provided, it will exceed its budget by more $75 million.

With the budget blow-out due to an increased price by the preferred contractor and a significant risk escalation component, the Leighs Cockram has been axed with Crown-owned company Ōtākaro to take over.

Dr Woods explained “as an incoming Minister, I have been conducting a thorough review of the progress on the anchor projects and to learn of a $75 million budget blowout on this project was very disappointing.

“That is an undue burden on taxpayers and ratepayers for a project that is already significantly delayed – in fact the facility was due to be opened by now, yet construction has not even begun.

“We want action and momentum (so) that’s why I’m announcing today that the early contractor involvement will be cancelled and I have instructed officials to undertake urgent work to get this project back on track.

“I have asked for two pieces of work – the first is for Ōtākaro to complete the detailed design work itself and get ready to go out for a new build-only contract. This will be completed by March 2018.

“I have also asked officials at DPMC (Department of  Prime Minister and Cabinet) to use this time to partner with the Christchurch City Council on an urgent review of options for the project such as whether it would be beneficial to combine part or all of the Metro Sports facility with the proposed Multi-Use Arena for which a pre-feasibility assessment has been recently completed.

“This will allow us to test whether the assumptions made in 2012 about this project still hold up and we are still getting a facility that meets the city’s needs and is fit for purpose.

“We will act urgently, as we are aware we are inheriting a project that is already well behind schedule. Having this work complete by the time a build-only plan is ready means no time is lost by considering other options now.

“At that point I will make a decision about which option to proceed with and a construction timetable can be established. This review will give us a clear plan to deliver this project as quickly as possible, with a timeline we can have confidence in, in a manner we can afford.” 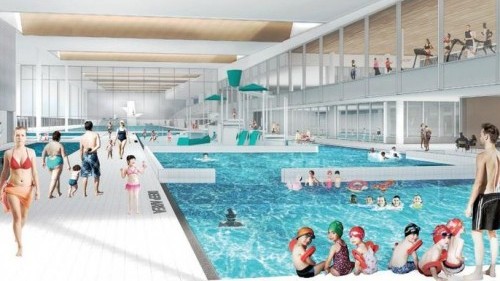 Announced in 2013 as an anchor project for central Christchurch, the facility was originally meant to open early last year.

Design work, which is believed to be 80% finished, will now be completed by Government and Christchurch City Council will urgently review options for the facility, including whether it should be combined with the city’s multi-purpose stadium, proposed to be built near Latimer Square.

Christchurch Mayor Lianne Dalziel says the steps taken by the Minister provides the city with a window of opportunity to re-examine its major sports facilities.

She explained “the next few months required for the build contract to go to tender has given the city a moment in time where everything can be examined without holding anything up.

“The city can now look at what we really need and this will include getting together with the sporting codes to double check that what was driving decisions five years ago is still relevant today.

“What was the case then, may not be now. This window of opportunity will enable us to think about the different elements of the Metro Sports Facility and the Multi Use Arena, as well as some of our existing facilities.

“This is an opportunity for the next generation of young sports people to have world class facilities for training and competition and therefore I welcome having a fresh dialogue with the codes,” the Mayor said.

"We could end up accelerating work on the project and reducing overall costs, while providing the city with the sporting and events infrastructure it needs – now and for future generations."

However, Swimming Canterbury Chair Wayne Rollinson is unimpressed by the review and likely delay, stating “it's a complete negative for our sport ... we were promised six years ago (that the facility would be built by) 2018 to 2019 and now it's shot up to 2020 and we're probably looking at 2021 so we're looking at two generations of swimmers now who are either going to miss out or have reduced time in a 50-metre pool."

Rollinson said the lack of facilities had meant big sacrifices for families who had to travel to other cities if they wanted to compete in an Olympic sized pool.

He added “for our regional championships we're still competing in the Dunedin area and the national events are being held in Wellington and Auckland, and those costs are being incurred by families - probably in the vicinity of an extra three to six or seven thousand dollars per child."

Delays and rising costs have been put down to poor ground conditions, confirmed by testing after original budgets were set, and high land costs.

The Christchurch Central Recovery Plan provided for the Metro Sports facility to be built on the block of land bordered by St Asaph Street, Antigua Street and Moorhouse Avenue.

The Council’s contribution to the Metro Sports Facility is capped at $143 million under the Cost Sharing Agreement.

Images: An artist's impression of the Metro Sports Facility northern entry (top, courtesy of Christchurch City Council) and the planned aquatic facilities within the facility (below).