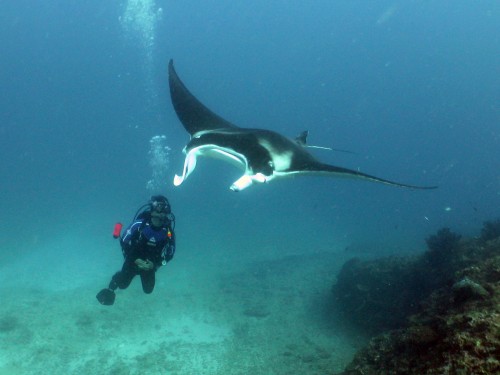 Researchers from Murdoch University have called for tighter controls over the manta ray tourism industry at Ningaloo Reef in Western Australia's north-west, to minimise harm to the animals and ensure tourist safety.

Five dedicated tour vessels operate daily out of Coral Bay, which can collectively transport up to 139 passengers to interact with the animals each day.

However, the Murdoch University researchers highlight that the industry is largely unregulated, with commercial operators not required to possess a specific manta ray interaction license and only a voluntary current code of conduct in place.

The code recommends minimum distances for vessels and swimmers, limits on the number of swimmers permitted in the water and guidelines for swimmer behaviour and vessel operation.

Researchers from Murdoch University conducted a study on the impact of tourism on manta ray behaviour, observing nearly 100 interactions over a four-month period.

Honours student Stephanie Venables said the animals changed their behaviour in about a third of the interactions.

Venables told the ABC "we're looking at the potential for some disturbance, whether it be minor, like behaviour changes, or it could quite possibly be quite major, like the animals leaving the area altogether.

"This is something that we're wanting to prevent." 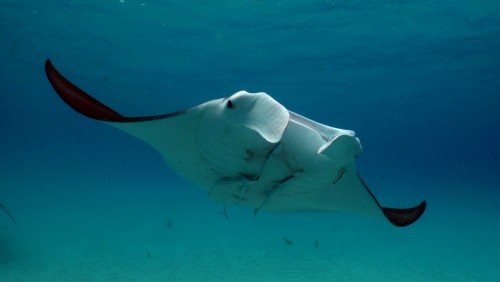 In response to these concerns, Venables and other Murdoch University researchers have recommended the introduction of similar controls to those in place for whale sharks in the area.

Venables added "what we're looking for is an implementation of a comprehensive licensing system, so something that controls who operates with the manta rays.

"Also as a part of that system is compliance to a mandatory code of conduct, which just gives guidelines of how you would interact with a manta ray safely and also to prevent having any harmful impacts on the animal.

"(It would) help to protect the animals, help the tourists to have a better experience in the water and a safer experience and also make sure that the industry is sustainable for future generations."