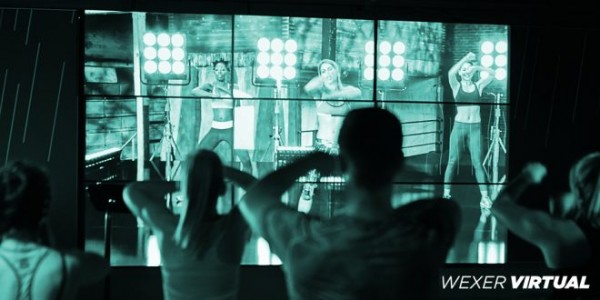 • 52.2% of virtual users visit the gym at least three times a week, and they stay longer;
• 21% of virtual users have been a member of their current gym for more than one year, compared to only 15% of non-virtual users;
• Cardio HIIT remains the most popular category of virtual class, chosen by 67% of users, but in line with the growing interest in meditation and mindfulness, mind-body is also on the rise, now selected by 44% of users (compared to 38% in 2014).
• And while six out of 10 members said their decision to join the gym was influenced by the number of group exercise classes available, one of Wexer’s most surprising findings was that four of those members specifically named the availability of virtual classes as an influencing factor in their decision to join.

Further supporting the belief that offering virtual fitness classes directly correlates with higher levels of customer acquisition, engagement and retention, the average virtual class size has also more than doubled over the past three years: in 2016, around 55% of timetabled virtual classes had over seven participants, compared to just 5% in 2014.

A statement from Wexer advised “combine this larger class size with the fact that more clubs are offering more virtual classes, and that 75.7% of non-users say they’re likely to try virtual fitness in the future, and you have a market on a serious upwards trajectory.”