A new report from the Australian Institute of Health and Welfare (AIWH) reveals that, across all ages, few Australians meet recommended physical activity guidelines.

Released today, Physical activity across the life stages shows that, overall, only 30% of children aged between two and 17 years and 44% of adults meet guidelines that call for adults aged between 18 to 64 years to undertake at least 150 minutes of activity a week over five sessions and children/youth aged five to 17 years to be active for at least 60 minutes per day.

AIWH highlight that participating in regular physical activity and limiting the amount of time being sedentary can have significant health benefits - it reduces the risk of chronic conditions and other disease risk factors such as overweight and obesity, and also improves social and emotional health and wellbeing.

The Institute advise that “while there are many opportunities to be physically active every day, our social, environmental and cultural context - as well as the settings in which we live, work and play - are important determinants of physical activity participation.”

Physical activity across the life stages identifies that four in 10 adults reported “not enough time or too many other commitments” as the main barriers to participating in sport or recreational physical activities.

As age increased, “poor health” or injury was more frequently cited as the main barrier. 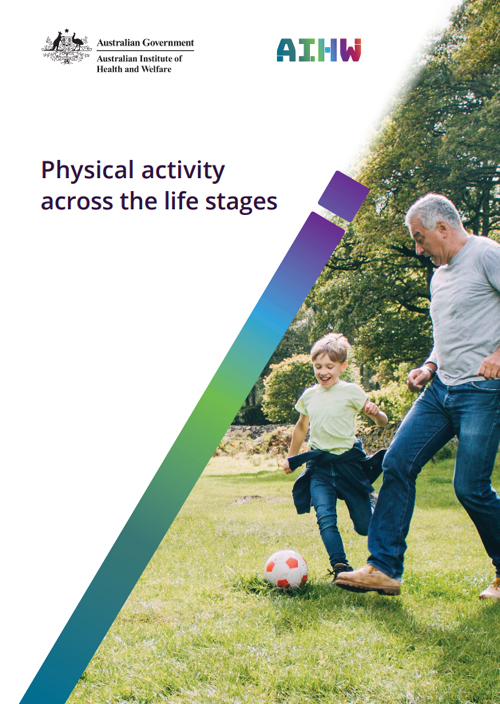 Encouraging Australians to participate in more physical activity, Exercise and Sports Science Australia (ESSA) Chief Executive Anita Hobson-Powell commented “while opportunities exist to be physically active every day, our social and environmental settings in which we live, work and play can affect our participation levels and create barriers.”

“This is despite participation in physical activity being similar between adolescent boys and girls as 85% of 13 17 year old boys did not meet this guideline, compared with 74% of adolescent girls.”

Key statistics from the Physical activity across the life stages report include:

Physical activity across the life stages presents information on Australians’ physical and sedentary activity participation rates against the Guidelines. It presents information across different population groups, including by Indigenous status, remoteness, socioeconomic groups and sex, and considers the barriers to physical activity across the life stages.