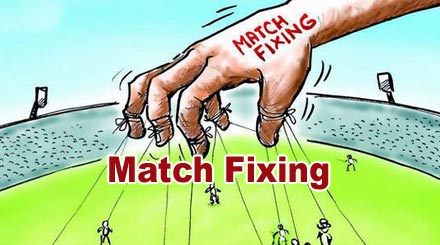 Three years after dramatic revelations from the Australian Crime Commission about doping at the top level of AFL and rugby league, a report from the Australian Institute of Criminology has revealed that Australian sport is at a serious and growing risk from international crime groups.

The Australian Institute of Criminology's Corruption in Sports report has identified issues and risks in major sporting codes like AFL and NRL, as well as growing evidence of corruption in the racing area and significant potential for exploitation at the lower ranks of many sports.

It suggests that organised crime groups are using underground betting services beyond the reach of authorities, and that a lack of transparency and access to information means it could be going unnoticed under the noses of sporting executive and anti-crimef bodies.

Commenting on the Corruption in Sports report, author, Dr Samantha Bricknell, told ninemsn “organised crime is very creative and sophisticated, and they're always looking for new ways to make money.”

She added “it's difficult to know to what extent this is occurring within Australia. A lot of cases that we saw are homegrown, using local talent. But the big question is to what extent we've got international infiltration."

Last year, players in Football Federation Victoria’s Premier League and the Malaysian ringleader of the match-fixing ring in which they were involved were jailed for manipulating matches.

Domestic manipulation has affected the NRL, where the late Ryan Tandy manipulated a match, and in the AFL, where the Melbourne Demons were disciplined after allegations they deliberately ‘tanked’ to get a better draft pick.

The report examines corrupt behaviour, alleged and proven, in eight different sports, and finds that while corruption has historically been ‘home-grown’, there is a very real risk of international crime groups infiltrating and compromising Australian-hosted sporting events like the current cricket World Cup and the recent AFC Asian Cup.

Dr Bricknell said that the evolution of the betting market, and its expansion online and overseas meant that match-fixing and other corruption was far more viable than in past years.

She added “people are becoming more creative and sophisticated in terms of how these bets can be placed.

"Like any kind of criminal activity, those who are not involved aren't necessarily going to be aware that it's happening."

"There is a broader spectrum of bets that can be placed – you can bet on almost every aspect of the game. To be able to scan far enough to see what's occurring and look at these under-the-radar operations is very difficult. 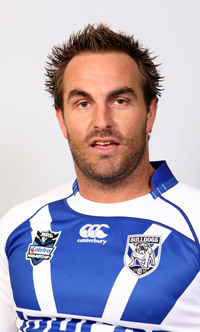 The late Ryan Tandy was jailed for manipulated an NRL match.

Dr Bricknell said that Australian authorities don't currently have access to the information they need to identify suspect betting patterns in overseas, underground or unregulated bookmakers, commenting “from an Australian perspective, we can only look at what's going on with our regulated entities.

The rise of exotic bets and in-match betting means that things like points spreads and specific events within games can be fixed or manipulated to produce certain outcomes, irrespective of the result of the match itself.

While some sports, like racing, have a long history of corruption, the emergence of major betting in other sports is relatively new.

Dr Bricknell stated “there are some sports in Australia and across the world where you could argue corruption is very much entrenched.

"You could argue that the racing industry is a case in point. They've got away with so much for so long, and a number of the regulators attached to that have expressed dismay."

But Dr Bricknell said that there was a concern at the high levels of major sports like the AFL and NRL that they had come onto the radar of international crime groups as targets for match- and spot-fixing.

Dr Bricknell also said that measures to protect whisteblowers were vital, since players and official opposed to corruption could be one of the best sources of information about it.

She concluded “we need more sophisticated integrity units (in sporting bodies) better application of the penalties that exist, and for that people who are considering moving in this line of behaviour appreciate that the punishment will be severe.

"But we also need to have whistleblowing provisions in place to protect those who want to come forward."

Click here for more information on the Australian Institute of Criminology's Corruption in Sports report.