Report calls for a closure of Sydney’s cultural funding gap 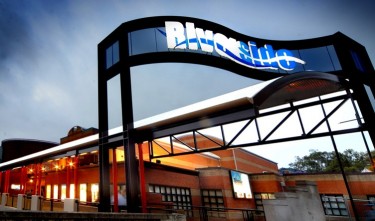 A new report revealing the huge disparity in arts funding between East and West Sydney has called on the next NSW Government to relocate the Powerhouse Museum to Western Sydney and commit $300 million in funding for cultural infrastructure in the region.

The report: Building Western Sydney’s Cultural Arts Economy – a key to Sydney’s success, was commissioned by The Sydney Business Chamber, along with Parramatta, Liverpool City and Penrith City Councils examines access to cultural attractions and infrastructure in Sydney’s West.

Western Sydney Director of the Sydney Business Chamber spokesperson David Borger stated “Western Sydney represents 10% of Australia’s population yet it only receives 1% of Australian Government Arts Program funding, this is not good enough and now is the time to make changes.

“Our report highlights the gap between the Sydney CBD and Western Sydney.

New analysis by Deloitte Access Economics shows in the Sydney CBD, the NSW Government invested on average $63 per capita. In Western Sydney the average investment is just $15 per capita.

“Cultural Arts in Western Sydney has been grossly underfunded since the region first developed. If we are going to shift the needle on jobs we need our Western Sydney CBDs to become interesting places that can attract a smart workforce.

“Cultural investment creates communities and attracts businesses. Increased arts funding has the potential to transform the region, it is a good long term business and social investment for the Government to ensure Western Sydney is a place where people not only work but also want to live.”

Lord Mayor of Parramatta Scott Lloyd said increased arts funding would help bring major cultural events and facilities closer to where most Sydneysiders live and allow for upgrades to venues such as the Riverside Theatres.

Lord Mayor Lloyd added “our growing reputation as a dynamic and creative regional city is based on venues such as Riverside Theatres, creative production spaces such as Parramatta Artists’ Studios, Connect Studios and major events including Loy Krathong, Parramasala, Winterlight and our expanded role as a venue for Sydney Festival.”

Undertaken by Deloitte Access Economics, the key recommendations of the report are:

1. Relocation of the Powerhouse Museum to Western Sydney
2. Commitment of an extra $300 million for cultural infrastructure (buildings) in Western Sydney over the next five years (2015–2020)
3. That Arts NSW doubles the current amount of program funding provided to Western Sydney through its Arts and Cultural Development Program (ACDP) ($3million additional per year).
4. Fund investigations into the merits of establishing a permanent external performing arts venue (such as a music bowl venue) in Western Sydney
5. As a first priority, co-fund (with relevant Councils) the planning and development of the redevelopments of new large scale cultural art venues in the four Regional City Centres