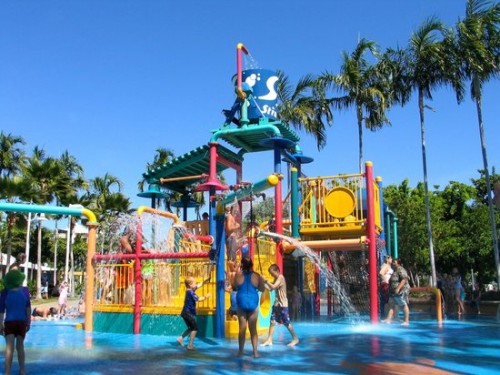 Townsville City Council has completed the latest stage of its $2.8 million project to upgrade its seafront Strand Water Park.

Completed in time for summer, the stage 2 works have included the addition of 10 new picnic settings, five new shade shelters, fresh landscaping, and improvements to pathways and lighting.

Stage 1 of the project launched in June, featuring an enlarged water playground, more shade structures, and updated lighting and landscaping.

Townsville Mayor Jenny Hill said the redevelopment of the popular Strand landmark is now complete and ready to be enjoyed, stating “as the weather warms up the new look Strand Water Park will be a great spot to cool off and enjoy time in the shade with friends, family, and visitors.

“This is a fantastic community asset that has provided jobs for 43 people in 20 different companies over the course of its re-development.

“All the picnic settings and shelters were manufactured here in Townsville for instance and installed by local tradesman and crane operators.”

Earlier this year the Strand Water Park was subject to a series of vandalism and hygiene incidents with individuals seen urinating on the play structures.

A Facebook post about the incidents led to shared stories of the aquatic play park being used as a “sewer system”. 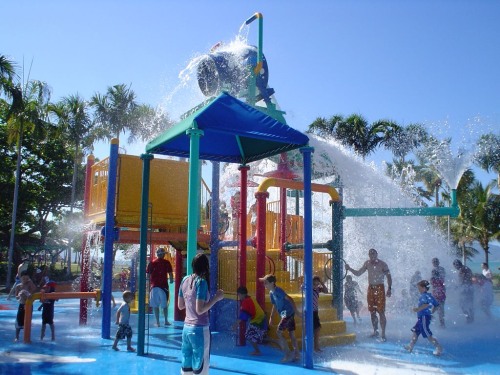 Posts detailed how a woman washed out a soiled swimming costume in the water park and dumped faeces in the garden and how a man had rolled his child’s faecal matter to the side of the water park to push it down a drain with his foot.

Several parents also reported that their children had fallen sick with a gastrointestinal bug after visiting the park.

At the time the Council’s Community Health and Environment Committee Chair Ann-Maree Greaney reassured the public that the water park a high quality filtration system, but said a major contamination could see the facility temporarily closed.

Councillor Greaney advised “Council (has) invested so much money so it would be such a shame for the minority to spoil it for the majority - especially when it’s so hot and there are so many people using it.

“I used to have small children so I know that accidents happen, but we just want people to clean up properly after their children and use the toilets located right next to the park.”

Water testing is conducted each Monday before the park is closed for cleaning on Tuesdays, while chlorine and pH levels are tested on an automated basis.