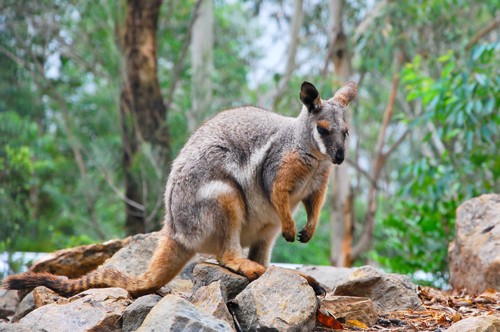 Victoria’s Southern Brush-Tailed Rock Wallaby population has received a boost with the release of 20 animals into an innovative ‘open-range’ captive breeding site near Little River.

The Mt Rothwell Biodiversity Interpretation Centre is the first of two planned ‘open range’ captive breeding sites where the rock wallaby will be free to roam within a large, predator-free, habitat.

Visiting the facility last night, Victorian Minister for Energy, Environment and Climate Change Lily D’Ambrosio said the establishment of the site was part of the Victorian Government led Brush-Tailed Rock Wallaby recovery program, initiated to address the decline of this iconic yet critically endangered species.

The Mt Rothwell site will eventually support at least 100 rock-wallabies, with animals bred there used to supplement the last Victorian wild population in East Gippsland and eventually reintroduce the species back into the wild at other sites in Victoria.

The ‘open-range’ program is one of a range of initiatives which aim to support the recovery of the wallaby, including a gene pool mixing program to increase genetic robustness and diversity. 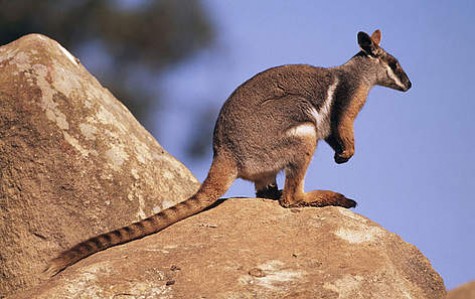 The program is led by the Department of Environment, Land, Water and Planning (DELWP) with involvement from Mt Rothwell Biodiversity Interpretation Centre, Parks Victoria, ACT Parks and Conservation Service, University of Melbourne, University of Adelaide, and Zoos South Australia.

The recovery program is being assisted through the Victorian Government’s $5.2 million Threatened Species Protection Initiative, launched in August 2015 to support immediate action on threatened species and habitat protection.

Commenting on the initiative, Minister D’Ambrosio stated “the Southern Brush-tailed Rock-wallaby is Victoria’s most endangered mammal and maintaining captive breeding populations to support the re-introduction program is crucial for its on-going recovery.

“DELWP has supported building predator-fencing at the site and the transport and husbandry of the animals through the Threatened Species Protection Initiative.

“The $5.2 million Threatened Species Protection Initiative is about protecting our biodiversity and delivering positive conservation outcomes for Victoria’s threatened species, like the Brush-Tailed Rock Wallaby.”