Questions on Government’s Commitment to Rugby 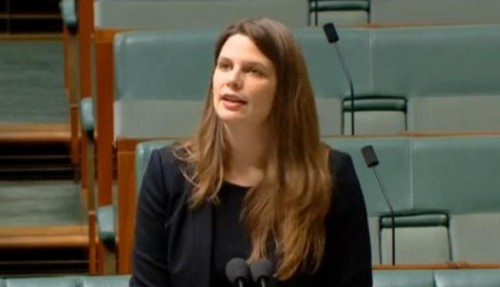 Australian Federal Sports Minister Kate Ellis has come under fire from rugby union officials as a result of $507,000 appearing up on the Queensland Rugby Union's 2008 balance sheet after an identically-sized grant was made that same year to the Australian Rugby Union (ARU) for the International Rugby Board Pacific Nations Cup.

And while the Queensland Rugby Union (QRU) has had its finances closely scrutinised over the last year, on this occasion is appears to be entirely blameless.

The amount came to light after ARU Chief Executive John O'Neill claimed that shortly after the 2007 Federal Election, having cancelled the Howard Government-approved funding for a National Rugby Academy at Ballymore, the Federal Labor Government had undertaken to fund a number of rugby projects.

However, more than two years later the ARU was still waiting for financial help while millions had been spent on a bid to host the FIFA World Cup.

Minister Ellis’ response was to state that "since coming to office we have delivered about $2.04 million to the ARU, including $507,000 for the Pacific Nations Cup.”

This has outraged rugby officials, who claim the grant mentioned was actually compensation to make good the lost funding for the National Rugby Academy project.

Minister Ellis went on to argue that "the Government reviewed all the previous Government's commitments on their merits and in the climate of fiscal restraint it is not possible for the Government to support every proposal."

According to a report in The Australia, former QRU Chairman Peter Lewis was flabbergasted at the mention of the $507,000 as he felt the sum could not be considered as Rudd government largesse. Nor could he accept her claim the government had reviewed all Howard government commitments "on their merits".

According to Lewis, he, O'Neill and senior ARU administrator Peter Friend had arranged an urgent meeting with Minister Ellis, then the newly appointed Sports Minister, after learning that the new Federal Government had cancelled the former Coalition government's allocation for the Rugby Academy.

Lewis also informed the Minister that the QRU had obtained legal advice from a prominent QC that the Federal Government was in breach of its promise and that the QRU stood to lose approximately $500,000 it had invested in getting the Ballymore project off the ground.

The Australian reported that George Brandis is astonished the Ballymore project was abandoned by the Labor government, telling the newspaper “it was worse than a breach of a promise … the money had already been allocated (and) the QRU had already spent a considerable amount of money getting the site prepared.”

The QRU 2008 annual report lists a "government development grant" of $507,000, as a way of describing the payment which The Australian’s Rugby Union Editor Wayne Smith suggest is “not entirely correct,” adding “it actually is ARU money, passed on by the national body to the QRU after the ARU ‘coincidentally’ received precisely that sum from the federal government to help it fund Australia A's participation in the Pacific Nations Cup.

“So, federal funding went to the ARU which in turn directed money it had earmarked for its A-team program to the QRU.”

Smith concluded that “it beggars belief that the Minister specifically would trot out this ‘grant’ as supposed evidence of the Government's support for rugby.

“Clearly, it was nothing more than compensation to the QRU for money legitimately spent in the understandable belief that funding approved by the commonwealth would be honoured by the Commonwealth.”