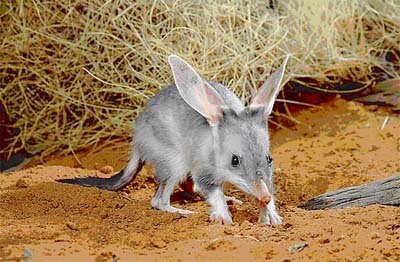 A Queensland national park which was once home to a colony of endangered bilbies has been doubled in size.

The extension of the Currawinya National Park, south-west of Cunnamulla, is part of the Queensland Government's commitment to increasing the amount of protected areas in the state.

Queensland Minister for the Environment and Heritage Protection, Minister for National Parks and the Great Barrier Reef Dr Steven Miles said this national park declaration is part of the first batch of declarations since the previous Bligh government and has resulted in 5.1% of the state now under national park.

Dr Miles stated "Currawinya is home to a variety of threatened species and some of the most diverse wetland areas in inland Australia.

"The area contains a rich diversity of inland Queensland wetlands which are recognised internationally, and is home to 14 threatened species such as Major Mitchell's cockatoo, the painted snipe, painted honeyeater, grey falcon, and grey snake.

"The combined estate is now one of the largest protected areas in Queensland and the biggest national park in the south-west of the state, overtaking Carnarvon National Park in size by 60,000 hectares.

"Our intention now the properties have been declared as national park, is to progressively work in partnership with the traditional owners, the Budjiti Aboriginal people, to protect the parks natural and cultural values, make the park safe for visitors, and remove abandoned structures."

10 years ago an enclosed area was erected in the park to protect a colony of bilbies but following flooding of the area in 2010, sections of the fence rusted out allowing feral cats to get in and decimate the colony.

The fence has now been repaired and a team of sniffer dogs brought in to seek out any remaining cats.

A captive breeding program is being coordinated by Dreamworld on the Gold Coast and it's hoped to re-introduce bilbies back into the enclosure in a year's time.