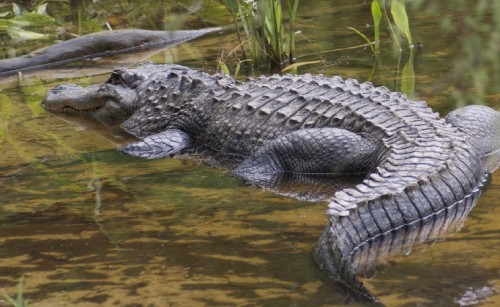 The Queensland Government has announced increased funding of $5.8 million over three years for crocodile management, including a comprehensive monitoring program to study crocodile populations, and guaranteeing the jobs of wildlife officers.

Queensland Environment Minister Dr Steven Miles confirmed on Wednesday (1st June) that additional funding would be allocated in the State Budget, allowing the Queensland Government to conduct a comprehensive crocodile population survey - covering rivers and estuaries from Cape York to Gladstone for at least three years - as part of its crocodile management review.

Dr Miles stated “we don’t know with enough scientific accuracy if crocodile numbers are increasing or decreasing in some river systems, and in light of a suspected crocodile attack in the Daintree we need to know.

“To inform future crocodile management in Queensland, we need a scientifically sound understanding of crocodile numbers and trends.

“We know we will need regular and reliable data collection in several areas along the north east coast of Queensland, extending south to the Mary River.

“Under the program, crocodile survey work will be conducted throughout rivers and estuaries at night time, and at particular tide phases when it is the best time to see crocodiles. The new funding provides for 3 additional staff to deliver that program, increasing to five staff in 2017/2018. 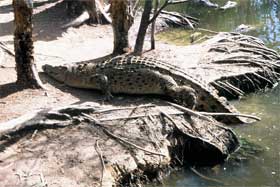 “This will be the most comprehensive crocodile population survey ever in Queensland and data will be compared to figures going back as far as 1979.

“It will provide the data necessary for Queensland crocodile management to transition to a world’s best practice evidence-based approach.

“We will liaise with experts in the Northern Territory and the worldwide network of biologists who form part of the IUCN-SSC Crocodile Specialist Group (CSG).

“There are serious public safety concerns associated with croc country, and we need to explore ways to live side-by-side with these animals and protect crocodile populations in the wild.

“It is important we find a solution that delivers public safety and survival of the species.”

Dr Miles said the additional funding would safeguard the jobs of the 10 staff based in regional Queensland – some of whom had helped capture a 4.7 metre saltwater crocodile on Townsville’s The Strand beach in February.

He added “these staff were funded under a limited life arrangement ... which would have come to an abrupt end in June.

"The budget will also fund the employment of an additional two staff to support crocodile management activities in Central Queensland.” 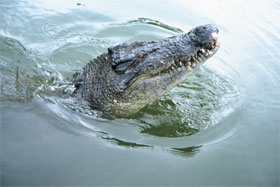 Dr Miles also invited members of the public to share their views through an online survey at www.getinvolved.qld.gov.au as part of the government’s review of crocodile management in Queensland.

He concluded “this survey is part of a broader consultation process and aims to gauge community attitudes on a range of subjects including public safety, capture and removal, and the welfare and conservation of crocodiles.

“We will also be consulting with key organisations including regional councils, state government departments, Wildlife Queensland representatives and Surf Life Savers in the geographic areas that currently have pilot Crocodile Management Plans in place.

“The results of this consultation will inform the Queensland Government’s review of crocodile management.”

Background information on crocodiles and their management can be found on the Queensland Department of Environment and Heritage Protection (EHP) website at www.ehp.qld.gov.au/wildlife/livingwith/crocodiles.

Images courtesy of the Queensland Department of Environment and Heritage Protection.