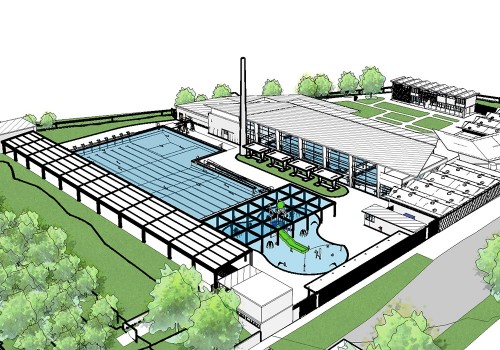 A review of Cumberland Council’s current aquatic facilities has found that some of the newly created Sydney council’s centres are ageing, run down and don’t meet the needs of the local population.

As a result, the report will be placed on public exhibition for four weeks to obtain community feedback on the future of pools and aquatic centres in the local government area.

Inviting input, Cumberland Council Administrator Viv May stated “I understand that there may be a depth of feeling on this issue in the community but it is important to note that no decisions have been made about the future of these pools.

“The professional report, produced by Council officers, represents an appraisal of aquatic centres and pools in Cumberland and made a number of findings. Now we are asking the public to comment on the report and let us know what their priorities are regarding pools in their community.”

Commenting on the plans by the former Holroyd City to upgrade the Wentworthville, Guildford and Merrylands pools, May described the plan as “unsustainable”, stating “they had no funds allocated to projects that were estimated to cost $65 million.”

May made not mention of Holroyd’s plans for the development of a new regional level aquatic and recreation centre, commenting “I am committed to ensuring that we get the best possible outcome for residents concerning these important community facilities while delivering value for money to the ratepayers of Cumberland.

“Any proposal to upgrade pools must be fully funded and represent the community’s interests as a whole.

“It may well be that the incoming Councillors will have to make the final decisions, but I have a responsibility to address this important issue and present them with an overarching sustainable strategy that will deliver quality facilities that the community want, at an affordable price.”

The report notes that it will be important to consult Parramatta City Council about their plans for pools as it may impact the final strategy adopted by Cumberland Council.

Formed in May by the merger of parts of the former Auburn City, Parramatta City and Holroyd City councils, the new local authority will be reopening the Ruth Everuss Aquatic Centre early next year after a $20.5 redevelopment.

Images:  How the redeveloped Ruth Everuss Aquatic Centre in Lidcombe will look when it opens next year (top) and the former Holroyd City Council's plans Regional Aquatic Wellness Centre (below).