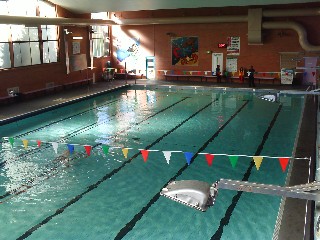 Holroyd City Council is undertaking a feasibility study to review the viability of its three swimming centres.

The council has previously received a damning report that revealed the deteriorating financial condition of the older pools.

In late 2009, then Mayor John Perry said the Wentworthville, Merrylands and Guildford pools, which the report were losing almost $2 million a year and anticipated their demolision to make way for a new aquatic centre.

In November 2009 Mayor Perry told the Parramatta Sun, "I'm sure the swimming clubs will want to retain their pools but you have to look at the big picture", adding that only a very small percentage of the community who now used the three pools.

"Today's pool-user expects more than just a hole in the ground with a couple of jumping blocks and lane markings from one end to the other."

For more information go to www.holroyd.nsw.gov.au/your_council/news_public_comment/latest_news/holroyd_aquatic_centre_feasibility_study