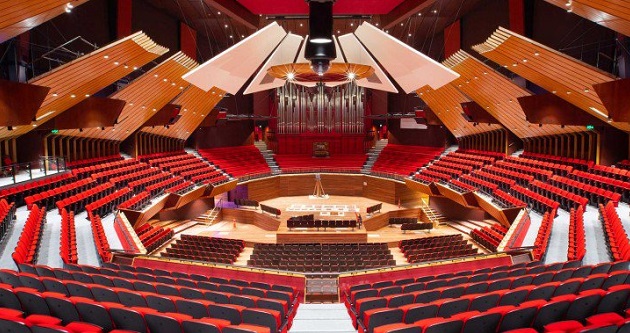 The people of Christchurch have been able to gain their first view of the restored Christchurch Town Hall at an open day event following a ribbon-cutting ceremony at the newly-refurbished building yesterday.

Hundreds attended the viewing, with local media reporting that people started queueing behind temporary fences from about 9am.

The opening was the public's first chance to experience the controversial $167 million restoration - a price tag almost one-third over its original post-earthquake budget of $127.5 million.

Badly damaged in the February 2011 earthquake, $68 million of the rebuild cost was covered by insurance.

Christchurch City Council and venue managers Vbase epect that the renovated building will again play host to countless concerts, shows, graduations and civic events as it has done since it was built in the 1970s.

Mayor Dalziel advised “most Christchurch people have fond memories of the Town Hall and of events they have gone to so it will be a chance for people to reminisce and to also get excited about future experiences they might have there.”

While the restored Douglas Lilburn Auditorium, the Avon Room (the former Boaters Restaurant), the Victoria and Limes Rooms are open, the venue’s James Hay Theatre is still a work in progress.