Professional football in South Korea set for 8th May resumption 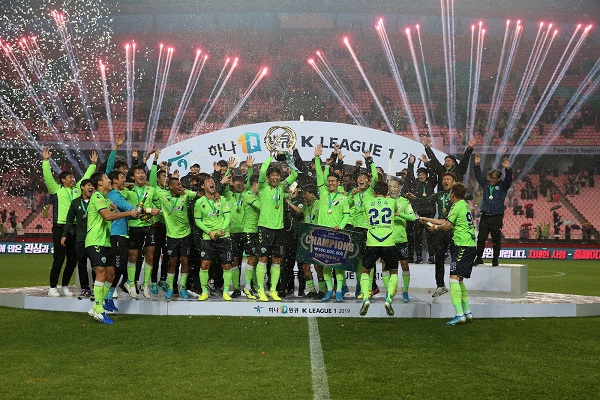 The top two men's professional football leagues in South Korea are set to begin early next month following a two-month delay to the start of the season caused by the Coronavirus crisis.

The Korea Football Association (KFA) has announced the top-flight K League and the K League 2 will both kick off their campaigns - behind closed doors - on 8th May.

Special measures that will include no fans at games will also bar players from talking to their team mates, opponents or referees during matches, while coaches and other matchday staff have been ordered to wear masks.

Players will be banned from talking to their team mates, opponents or referees in matches, while coaches and other matchday staff have been ordered to wear masks.

Measures have also been put in place to deal with a case of Coronavirus in a player or coach during the season.

If any player of coach tests positive for COVID-19, the club will not take to the field for at least two weeks.

Opponents could also stop playing matches for a fortnight, depending on the results of contact tracing.

A surge in COVID-19 cases in South Korea had forced the KFA to indefinitely postpone the start of the season, which had been scheduled to begin on 29th February.

The decision from the KFA, following a meeting of its Board with club representatives, comes after South Korea begins to ease guidelines on social distancing put in place to curb the spread of Coronavirus.

The KFA has not given any indication when stadiums will be opened to fans.

South Korea, which has reported in excess of 10,000 cases of COVID-19 and more than 240 deaths, has been praised for the way it has dealt with the virus.