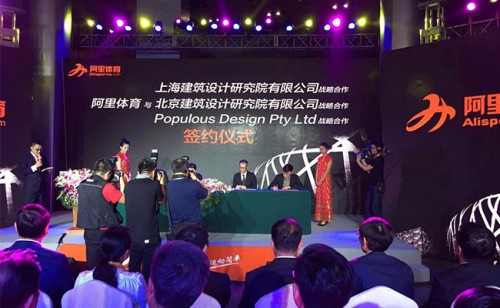 Leading sports architects Populous have joined with global trade platform Alibaba, the biggest e-commerce business in China, in a strategic partnership to expand the Alisports platform.

Alisports was launched last year, with Alibaba Chief Executive Zhang Dazhong stating that its goal would be to encourage greater participation in sport and to bolster the global profile of China as a sporting nation.

To achieve this Alibaba acknowledged that it would move beyond selling sporting goods online, developing offline agreements with international sports clubs and organisations.

The plan also includes Alisports wanting to develop, own and operate tens of thousands of venues across China where it plans to make use of Populous’ extensive experience in elite sports venue design.

With Alisports being at the forefront of the development and use of highly-advanced technology, Populous is looking to make use of this experience to meet the ever-growing demand for greater connectivity and high-tech solutions at the stadia and elite training venues they design worldwide.

In return Populous will share its contacts along with its learnings in sports strategy, marketing and events where its experience in the design, management, construction and operation of major sports and entertainment venues is internationally respected. 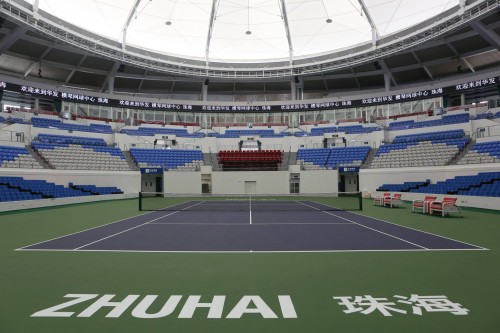 The partnership comes at a time of change in China. While general architecture work may have slowed, the demand for specialised sports venue design, catering for professional-level organisations and events, continues to increase.

Populous has worked in China since 2000, leading the design of a number of large-scale sports developments, including Nanjing Olympic Sports Centre (completed in 2005) and Zhuhai’s International Tennis Centre, unveiled last year.

Populous’ agreement with Alisports highlights the potential for the development of large-scale sports venues in many Chinese regions. This provides a huge imaginative space for both the design of new professional-level sports venues and the revitalisation of those that do exist.

Much of that development will involve football, a game that Chinese President Xi Jinping is backing for the economic super power – both as a fan and in aiming for an expanding Chinese profile.

Following on from successful Olympic and Asian Games in China, President Xi aims for China to host a future FIFA World Cup and for a Chinese team to, at some point this century, win it.

Becoming a World Cup contender has also been on China’s to-do list for some time. This has presented a challenge with the country having achieved limited success on the world football stage to date.

In recent years, the Central Government and some of the country’s largest corporations, Alisports included, have shown it’s a challenge they’re game to accept. 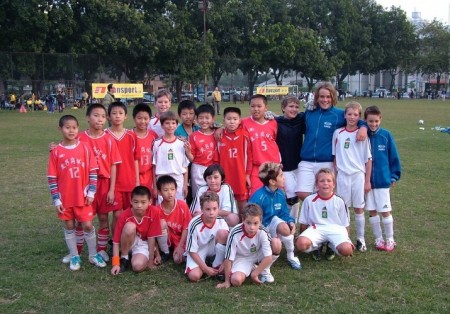 The Chinese Football Association has been reformed, young talent has been sent abroad to develop skills, and international coaches and marquee players brought in to bolster teams in-country.

Government officials made international news last year, declaring football a compulsory part of the national curriculum. At the same time, hundreds of millions of dollars are being spent on football infrastructure.

Progress is being made on the goal to build a prodigious 50,000 football academies by 2025. Alisports has invested in a notable example, Guangzhou’s Evergrande International Football School. Its opening in 2012 saw the creation of the largest football academy on earth.

A statement on the Alisports/Populous partnership explained “investors clearly hope that spending on programs and infrastructure, for football, and other codes, will see China achieve numerous sporting successes, in front of a global audience, and that economic and political gains will follow.

“What’s exciting is that, thanks to those grand longer-term goals, Government and corporate investment, and through partnerships such as the one between Populous’ and Alisports, something more immediate, and with widespread social gain, can happen.”

Images: The announcement of the Populous/Alibaba partnership (top), the Zhuhai International Tennis Centre (middle) and international youth football development in Guangzhou’ (below).