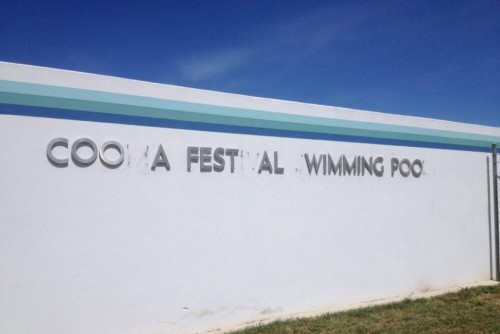 Police in the southern NSW country town of Cooma are keeping a close eye on the town's public swimming pool after successive vandalism attacks over recent weeks.

The vandalism has seen individuals (an individual) enter the grounds of the Cooma Festival Swimming Pool and defecate in the pool as well as damage to signage.

After the most recent incident the pool's operators had to work for two days to remove all traces of faeces that had put in the pool.

Management super-chlorinated and rebalanced the pool's chemicals, testing the pool water every hour, until the water quality was within NSW Pool Health Regulations and suitable for swimming.

Monaro Police said they had carried out a number of interviews about the incidents, and were confident that some people knew the names of the culprits.

Superintendent Rod Smith said anyone with information should come forward and warned those responsible to do the same.

Superintendent Rod Smith told the ABC that the most recent attack, on the evening of Friday 4th December, was disgraceful, stating "we believe a group of teenagers go in there.

"They've defecated in the pool and taken some of the signage from the front of the pool along the way which has damaged it."

While the signage has since been returned, Superintendent Smith said Police were focusing patrols on the pool and surrounding area.

He added that people should not feel shy about coming forward with information, concluding "it's just disgraceful that someone would (defecate) in a public pool."