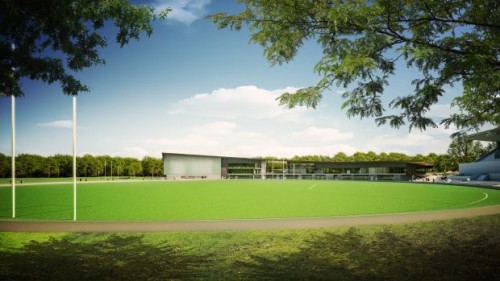 Play Hard Sports (PHS) has begun the production of new ‘hi-gloss’ finish AFL goal and behind posts assets ready for Perth Football Club's first home game in Round 3 of the WAFL on Saturday 1st April 2017.

Part of the $70 million Lathlain Precinct Redevelopment Project (LPRP), being delivered by the Town of Victoria Park, in partnership with the West Coast Eagles and the Perth Football Club, the project aims to create one of the premier sporting club facilities in Australia.

The development will create a new training and administrative base for the West Coast Eagles consisting of a second oval and clubrooms on the site. This will then see Lathlain Park feature two ovals, one the size of the MCG and one the same dimensions of the new Perth Stadium in Burswood.

The ovals will used by the West Coast Eagles and the Perth Demons.

Speaking last year, West Coast Eagles Chief Executive Trevor Nisbett explained that the facilities not only provided a whole range of new publicly accessible features but also enables the club to expand its community programs in partnership with the Town of Victoria Park.

Nisbett stated “this has been many years in the planning and we look forward to continuing to work with all our partners, including State and Federal government, to achieve a brilliant outcome for the club, the town and Western Australia.” 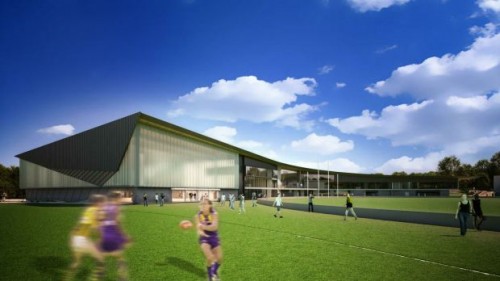 The oval to be used by the Demons, including a new scoreboard, lighting and boundary-side spectator amenities is being completed for their first home game of the 2017 WAFL season will the overall project is scheduled for completion in early 2018.

With the early invention of a revolutionary leaf spring basketball ring, PHS has now built a reputation for high quality and leading innovation techniques.

Images: Artist's impressions of how the completed Lathlain Precinct Redevelopment Project will look when complete.