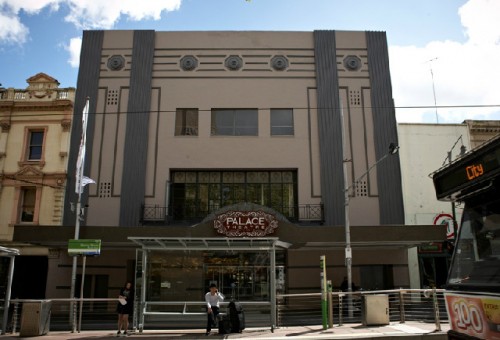 Melbourne's Palace Theatre is to be demolished with a hotel and luxury apartments to be built in its place, after Victoria's planning tribunal rejected a passionate appeal from music and heritage lovers to save the 1912 entertainment venue.

Only a section of the facade of the former Metro Nightclub will be preserved, with developer Jinshan Investment Group being granted a permit to proceed with its controversial 12-storey development.

The decision is almost certainly the final  blow in a bitter tussle over the fate of the venue, which saw parts of the theatre ripped out by workers and thrown into rubbish skips, despite an earlier assessment by experts that the theatre’s interiors had heritage value.

National Trust of Victoria spokesperson Anna Foley stated “at this stage there is nothing stopping the developer bulldozing the Palace tomorrow.

"The system has really failed the Palace Theatre. It's a building that was obviously significant. It's only through the course of the many heritage hearings conducted over the past two years that we have really come to understand how special it is."

Melbourne City Council led the legal fight to prevent the demolition in the Victorian Civil and Administrative Tribunal, supported by members of the Save the Palace Theatre group and the National Trust.

However, as of Friday (22nd April) it was announced the tribunal had granted the permit for the residential hotel.

In a decision that will enrage Palace Theatre supporters, the tribunal's senior member Michael Wright QC and member Cindy Wilson said that the retention of the theatre's facade above ground level provided "an acceptable response to the heritage values of the precinct".

They also found that, while parts of the internal of the Palace Theatre may have reflected the venue's layered and interesting history, the recent removal of much internal fabric by the construction workers had "diminished that legibility".

The members said while they accepted the Palace Theatre had social and heritage significance – they could only act on the relevant heritage controls which related to the effect of the demolition on the wider Bourke Hill precinct.

Save the Palace Theatre is yet to give up its fight, with spokeswoman Rebecca Leslie saying it would now ask the Council to apply to the Supreme Court for an injunction.

Melbourne City Council had been advised by the Heritage Council in July 2014 that the former vaudeville theatre, cinema and nightclub could have local heritage significance, but failed to respond quickly enough to introduce planning protections.