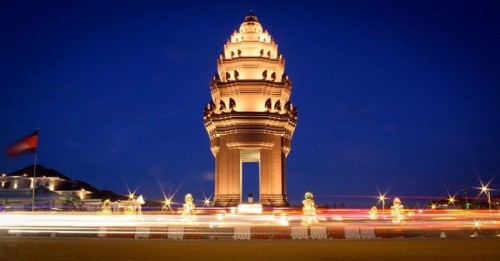 The Cambodian capital of Phnom Penh is to take on the role of World Capital of Culture and Tourism.

Set to be formalised on 9th December at an official handover ceremony, the designation has been bestowed on Phnom Penh by the General Assembly of European Council on Tourism and Trade (ECTT) in order to boost sustainability and cultural tourism.

A statement from the ECTT advised “the World Capital of Culture and Tourism status for Phnom Penh will bring the inscription of the city as a cultural and patrimony hub of global significance and will also entice the city role as a part of the Agenda for Humanity UN program and as a centre for the implementation of sustainable development goals in the country and in the region.”

Part of the ECTT’s Global Ambassadors for Tourism and Sustainable Development program, the World Capital of Culture and Tourism designation has created over 100,000 global jobs and supported humanitarian activity and investments in vulnerable corners of the world.

In announcing Phnom Penh as the World Capital of Culture and Tourism, ECTT President Dr. Anton Caragea lauded the Kingdom of Cambodia role in global fostering of tourism development, growth and economic development and in becoming a world model of Sustainable Development Goal (SDG)  implementation.