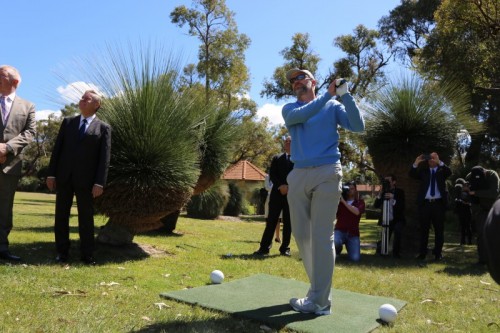 Perth will see the introduction of a revolutionary new golf format in 2017 with the staging of the inaugural World Super 6 Perth at the Lake Karrinyup Country Club.

The innovative tournament will see the first three days of the event played out in the traditional 18-hole-a-day stroke play format, with a regular cut to fall after 36 holes. Thereafter, the top 24-ranked players at the end of Saturday's play will progress to the final day's action, at which point the revolutionary six-hole shoot-out format will be introduced.

A 90-metre ‘Knockout Hole’ will decide any matches that are tied following the six holes of play. The hole will be played once and, if a winner does not emerge, a nearest-the-pin contest will decide who progresses to the next round or, in the case of the final match, win the tournament.

The purpose-built, will be constructed at Lake Karrinyup, with a new tee placed adjacent to the 18th fairway and utilising the 18th green.

To be played from 16th to 19th February next year, the event is co-sanctioned by the PGA Tour of Australasia and European Tour.

Introducing the event, Brian Thorburn, Chief Executive of the PGA of Australia and PGA Tour of Australasia explained “this is an exciting day for international golf as we launch the World Super 6 Perth; a golf tournament which is set to change the way people view golf

“Cricket has Twenty20, Netball has Fast5, Rugby Union has Rugby7’s and now golf has the World Super 6 Perth.” 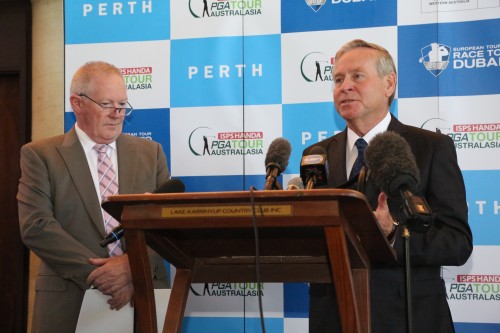 A huge proponent for golf’s need to adapt and find a shortened format, Keith Pelley, Chief Executive of the European Tour, is excited to see the World Super 6 Perth make its debut in 2017.

Pelley added “this initiative was something that we spoke about at great length to our Tournament Committee, led by Chairman Thomas Bjørn.

“We are thrilled to participate in this because, at the European Tour, we believe that golf needs to look at new and innovative formats.”

The ground-breaking World Super 6 Perth will also showcase the changing face of Perth and attract millions of dollars in exposure for Western Australia.

Announcing Governmental backing for the event, Western Australian Premier and Tourism Minister Colin Barnett commented “I think this type of competition will appeal to all golfers, but especially to a younger demographic, and will encourage competitors to play aggressive and attacking golf.

“Golf is very popular throughout the world, especially Europe and Asia, and has a high appeal for many people in some of our top tourism markets, including Singapore, China, Malaysia and the UK.”

“The World Super 6 Perth will deliver valuable national and international media coverage of WA throughout the four-day broadcast, not only through the stunning scenery at Lake Karrinyup, but also through vignettes and billboards shown throughout play.”

This revolutionary golf tournament aims to create an event that West Australians call their own and is a collaborative effort between the PGA Tour of Australasia, the European Tour and the broader West Australian golf community.

Thorburn concluded “Western Australia has a long and proud history of hosting world-class sporting events. Our vision for the World Super 6 Perth is to create an event embraced by Western Australia that celebrates the WA culture and way of life “To help make this vision come to life we will be working closely alongside Golf WA, the WA Division of the PGA, Lake Karrinyup Country Club and the entire WA golf family.”