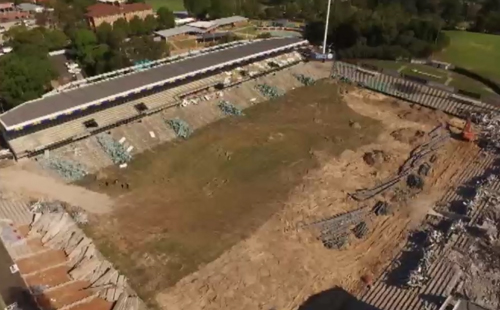 The demolition of Parramatta Stadium has begun, with drone footage showing the site being levelled to make way for the 30,000 seat Western Sydney Stadium.

Newly released images show the stadium being torn down - almost 31 years to the day since it was first opened.

Describing the demolition as "bittersweet", NSW Sport Minister Stuart Ayres stated “as we see the old stands being torn down we can rest assured Western Sydney Stadium will set a new standard for sporting experience in Sydney.

"Valuable items have been safely stored and smaller clubs across NSW like the Moree Boars and Blue Mountains Cricket Association have collected items like chairs and signage.”

Minister Ayres advised that the NSW Government is ready to release Stage Two plans this month, offering the community a chance to give their views on detailed design, construction and operation of the new stadium. 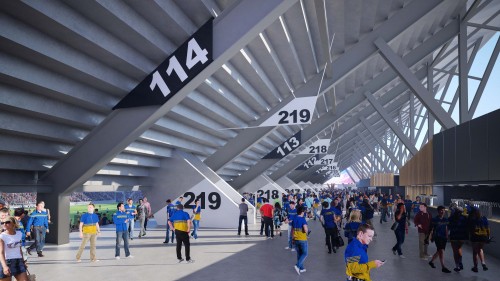 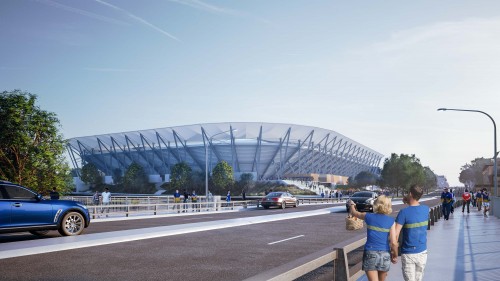 With the Parramatta War Memorial Swimming Centre also to be demolished with no immediate plans or funds allocated for a replacement Minister Ayres advised that Parrammatta City Council and the Parramatta Park Trust are continuing their investigations into two possible locations for a new aquatic facility.

Interim arrangements are set to be announced for pool users, with the Parrammatta City Council inlikely to have a year-round aquatic facility for at least five years.

Lendlease won the contract to design and build the new stadium which is expected to be open to fans in 2019.

The Stage Two stadium plans will be published at www.planning.nsw.gov.au