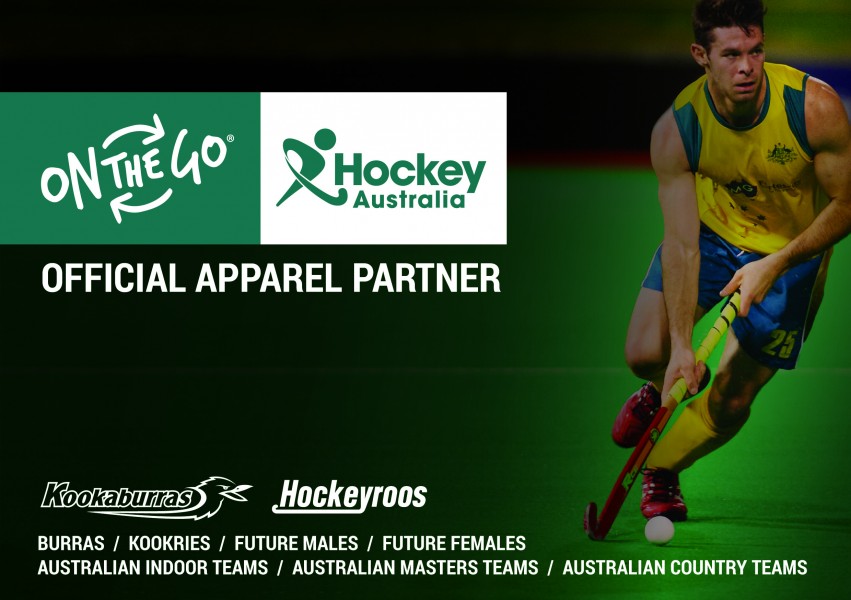 ONTHEGO® Sports has announced a five year partnership with Hockey Australia that will see the Canberra-based apparel firm clothe both national teams – the Kookaburras and the Hockeyroos, along with sport’s officials, staff and masters participants.

The deal is the first time that Australia’s female and male national hockey teams will be equipped by a single apparel partner. Members of both teams also had input into the design of the new kit, and are looking forward to representing Australia in an exciting new uniform.

Hockey Australia Chief Executive Cam Vale commented “we are thrilled to be partnering with ONTHEGO® Sports, and I can speak on behalf of our organisation when I say they are very much looking forward to wearing the new kit that they have played a part in creating.

“ONTHEGO® share a number of the same values as Hockey Australia, and we look forward to a mutually beneficial partnership where we will look to grow the sport from a grass roots level.”

Canberra-based ONTHEGO® Sports is a fast-growing apparel brand, leading the way in innovation and technology in customised apparel and accessories, with a mission to empower the world through team wear by using business as a force for good.

ONTHEGO® founder and Chief Executive Mick Spencer added “we are extremely excited about this relationship; it will be more than just a partnership.

“We have an arena to further our research and development in high performance product, work with athletes on providing the gear how they want it, and offer a true solution for Hockey Australia and associated teams.

“Our mission is to empower the world through teamwear, and this certainly will be a step our big future.”

The partnership between ONTHEGO® and Hockey Australia is effective as of January 2017.

In May, Spencer appeared on Channel 10’s Shark Tank reality TV show, apparently attracting $600,000 investment in ONTHEGO®. However, there have be no subsequent announcements on whether the investment deal was ever concluded.