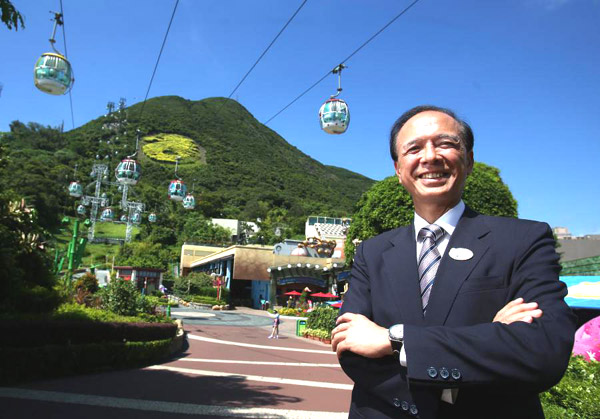 Ocean Park Chief Executive Matthias Li Sing-chung is confident the theme park will continue to draw visitors from southern China and neighbouring countries despite the recent opening of Shanghai Disneyland.

Li, who officially took up his new role in July, recently told the South China Morning Post that increasing competition from mainland theme parks would not drive away Ocean Park’s usual visitors, as mainland demand was large and growing fast.

Instead, Li sees theme parks across Southern China as allies rather than rivals, who will help grow overall theme park attendance.

Li told the South China Morning Post “the most important thing for a theme park is to find your strength and position,” adding Ocean Park features unique local culture as well as international elements, which mainland parks lacked.

Li said the US$5.5 billion Shanghai Disneyland park could easily reach its capacity with the 150 million residents living in the Yangtze River Delta, adding "the mainland market is so big, we don’t need to worry about the source of clients."

US-based consultancy Aecom expects China to surpass the US as the biggest theme park market in the world by 2020, drawing 221 million people by that time.

Li, who joined Ocean Park as Finance Director and Corporate Secretary in 1994, said Ocean Park’s business “had dramatically changed” since the individual visitor scheme was started for mainland tourists in 2003. He believed the potential of the scheme had not been fully exploited.

He expects that the completion of the bridge to Zhuhai and Macau and the Hong Kong section of the high-speed railway to Guangzhou will bring more tourists from the south of the country. 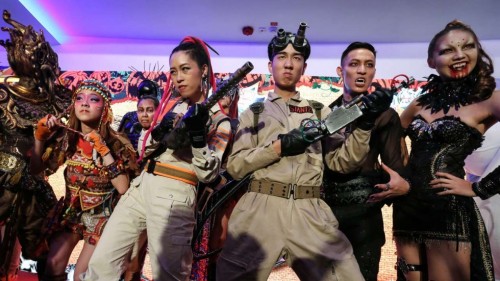 Li added “convenient transportation is the key, adding that the strategy to draw more nearby visitors also coincided with the city’s shift to a short-haul destination for mainlanders, as more overseas countries became accessible to them due to easier visa access.

Apart from the newly opened Disneyland in Shanghai, other players in the market in southern China include Water Park in Guangzhou and Chimelong Ocean Kingdom in Zhuhai.

Despite the new Li’s optimism, Ocean Park has been hit by the downturn in mainland visitors to the city, with the park experiencing a 14% drop in attendance last year.

Li said the them park was looking to attract visitors from other Asian countries, in particular India.

Ocean Park is also looking at special events to draw visitors, recently predicting that its coming Halloween festivities will be its largest ever.