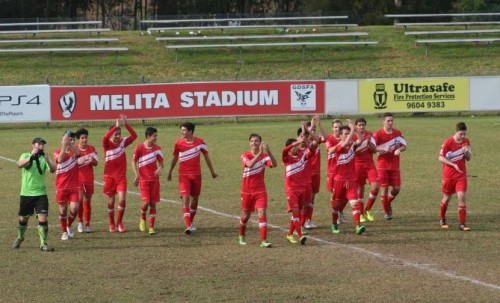 Local sporting fields and facilities across NSW are set to benefit from $8 million in a new round of NSW Government funding.

Part of the first round of the revamped Category 3 ClubGRANTS, which will deliver $50 million in funding over the next four year, the funding includes:

Deputy Premier Grant stated "local sport facilities are a key hub to any community and I know many of these facilities are in dire need of an upgrade.

“This new fund is designed to help those facilities with a particular focus on projects that can benefit disadvantaged, regional and remote communities.”

Up to 16 projects will be supported in this round for sports and recreation infrastructure and grants will range from $500,000 up to a maximum of $1 million.

All applications will be assessed by the independent ClubGRANTS Fund Committee which is made-up of representatives from Sport NSW, Clubs NSW, OLGR, Arts NSW, the Office of Regional Development, the Office of Emergency Management.

For the first time the committee will also include rotating sport association representatives with rugby league, netball, football and cricket selected for this round.

EOIs will close on 8th October 2015, after which approved applicants will be invited to lodge formal applications by 16th December 2015. Successful projects will be announced in early 2016 with the cultural and emergency services rounds to open in the coming months.

An application information pack, including new guidelines for applicants, is now available on the Office of Liquor, Gaming & Racing website at www.olgr.nsw.gov.au