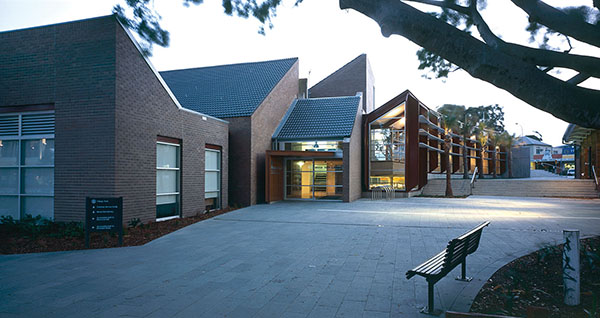 NSW Northern Beaches Council have announced that it is to develop at new sports facility at Cromer High School which will provide facilities not just for students but also the broader community.

The Council will work with NSW Education to make this a reality with Northern Beaches Mayor Michael Regan stating there was a desperate need for more sports facilities across the Northern Beaches and little space to develop them.

“We have been advocating for some time for the community to be able to access sport facilities and areas within schools at times when the students are not using them.

“We welcome the opportunity to progress the partnership at Cromer High. It’s win-win: the students get a new state of the art facility and the community have more options.

Northern Beaches Council have also approved two sites to house the new Creative Arts Space North – the Mona Vale Civic Centre for a number of multi-use creative spaces, including a large exhibition space, and a section of the Avalon Golf Club for two artist studios and a teaching space.

Advising that several sites have been explored over an 18-month period which included extensive consultation with the community, Mayor Regan stated "this is a great outcome for the community. Originally, only one site was considered, but now two have become available which ensure the longevity and needs of the creative community in the north of our peninsula.

“Since initial investigations into suitable site options were considered, a unique opportunity to utilise a large part of the Mona Vale Civic Centre has presented itself.

“It certainly ticks all the user and location requirements such as exposure to exhibitions due to the high pedestrian and vehicular traffic, access to public transport and a town centre which will also benefit economically from a great community and creative hub. It will also house artist studios and teaching space for use by the thriving creative community in the north of the Northern Beaches.

“80% of the community were also very clear in supporting the refurbishment of the Avalon Golf Club.

"I think this outcome is a win for everyone and I look forward to supporting our creative community well into the future."

The multipurpose studios at the Golf Club will provide a minimum of four new artists a base for a 12-month period at a time and opportunities for teaching and some small scale exhibitions space will also be explored.

The refurbishment of the golf Club is expected to take place in the next 12 months while construction at the Civic Centre is expected to commence in late 2020.

To date $1 million has been allocated from the Merger Savings Fund for the project with additional funds to be explored to make up the remaining $3 million to complete the project.