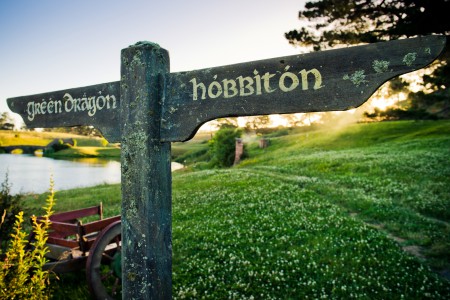 Delegates at TRENZ, the New Zealand tourism industry’s biggest and most important annual trade event, have been advised that progress on the industry’s Tourism 2025 growth framework is well on track, with tourism spending estimated to have reached $32.5 billion in the year ended 31st March.

In the two years since the Tourism Industry Association New Zealand (TIANZ) unveiled its industry growth framework, the industry’s performance has exceeded all forecasts, with a 20.15 increase in international arrivals while domestic tourism climbed 9.25% in the same two-year period.

However, TIANZ cautions that there’s been little progress on spreading visitors outside of the tourism hotspots and shifting arrivals outside the summer peak season.

Commenting on the progress, TIANZ Chief Executive Chirs Roberts stated “we are well ahead of the growth rate needed to reach our $41 billion goal by 2025.”

Also speaking at the event, Tourism New Zealand Chief Executive Kevin Bowler says while it took 13 years to grow from two to three million visitors, the growth from three to four million will be more rapid and is likely within the next four or five years.

Bowler is also happy that New Zealand is beating Australia in arrivals growth, with Australia’s arrivals rising by 8.7% in the past year compared to 10.4% for New Zealand.

This, Bowler puts down to clever marketing, particularly in the digital space.

The value of the visitor economy grew three times faster than volume growth in 2015 with spending up 31%, compared to a 9.6% increase in arrivals. 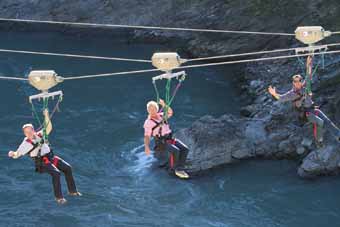 And growth is up across all of the key markets, led by a 32.2% gain in Chinese holiday arrivals.

Roberts said two things were needed to capitalise on future growth – boosting visitors during the shoulder and off-peak season and channelling more into regional areas, which both help with capacity constraints at key tourism destinations during the peak season.

Tourism NZ has in the past two years spent 80% of its annual $80 million marketing budget on promoting travel off-peak and is now moving that to 100% as growing New Zealand’s shoulder seasons takes top priority.

Bowler added “it’s a hard nut to crack. The regions want these visitors but the infrastructure has to be in place. We can’t shift big tour groups to places where there are no hotels for them ... it’s a Catch 22.”

The industry has already achieved 2% faster growth in spring 2015 at 17% than in the summer which achieved 15% growth and Bowler is optimistic autumn 2016 will also surpass last summer’s growth.

Tourism NZ’s marketing spending is focusing on visitors outside of the peak season, long-stay visitors such as backpackers who go out more into the regions, special interest activities such as cycling, golf, skiing and hiking which attract a higher spend, business events, and high net worth travellers in the premium sector.

Tourism 2025 - Two Years On identifies about 30 priorities for the industry to work on in the next two years, in particular, growing capacity and infrastructure. 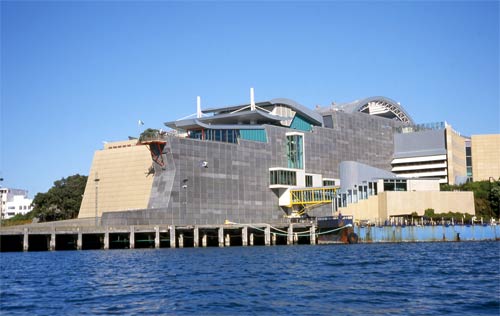 New Zealand’s visitor density is still low by international standards – six international visitors to every 100 New Zealand residents in peak and that falls to just two per 100 in the off-peak.

Roberts said there are now capacity constraints, particularly with accommodation in key destinations and more work needs to be done at local government level on key infrastructure such as roading and sewage to cope with an influx of more tourists. Investment in many areas of tourism is lagging behind demand so the country needs to speed up its planning, decision-making and investment cycles.

Over the course of four days, TRENZ is hosting international travel and tourism buyers from 28 markets around the world, who are holding a total of more than 18,000 15 minute-meetings with 300 of the country’s leading tourism operators.

Roberts adds “the buyers are the most influential in terms of sending international visitors to New Zealand. They come to TRENZ to purchase accommodation, transport and activities at wholesale rates to include in brochures, websites and itineraries for the coming international holiday seasons.”

Hosted by Destination Rotorua, TRENZ 2016 is being held at the Energy Events Centre Rotorua from 10th to 13th May 2016. This is the second consecutive year TRENZ has been held in Rotorua.

TRENZ is managed by TIANZ.