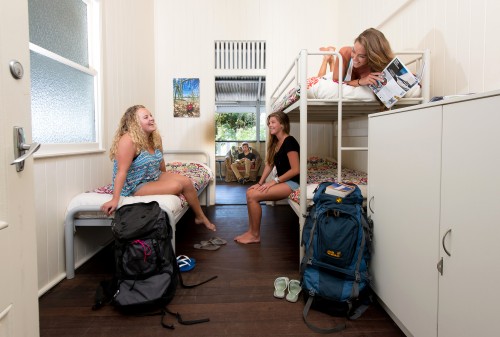 An unexpected result of the Australian Federal budget move to recover increased taxes from working holiday makers looks set to damage youth tourism to Australia – while making New Zealand much more attractive as a place to visit on a working holiday.

In a move slammed as “ridiculous” by tourism industry leaders, young tourists and ‘backpackers’ have had their tax-free earning threshold of nearly $20,000 abolished by the Federal Government.

As a result, young travellers working in Australia are unlikely to travel as far or stay as long.

Tourism Australia figures show that backpackers, many of whom work on their travels, contribute nearly $12 billion annually to tourism spending in Australia and represent a quarter of all Australia’s international arrivals.

From July 2016, anyone on a working holiday visa in Australia will have to pay 32.5 cents in tax for every dollar of income up to $80,000. In New Zealand, they will be taxed nothing for their first 20,000 dollars, the same situation as has previously applied in Australia.

The change to Australia’s system is designed to reap the Government $540 million over the next four years – but it could do a lot of harm to the youth tourism market in the meantime, which would have been worth about $50 billion over the same four years.

Tourism Industry Council of Tasmania Chief Executive Luke Martin said imposing taxes on working tourists would drive them to New Zealand, stating “I think there’ll be a lot of people in the youth tourism market who are really scratching their head over that one.”

The Australian Tourism Export Council (ATEC) said the impact of changes to working holiday maker visa fees and the removal of the tax-free threshold would affect about 200,000 youth travellers who visited Australia each year and spend an average of $13,000 during their stay.

ATEC Managing Director, Peter Shelley explained “while many working holiday visa visitors do not register for the tax free threshold, promotion of additional costs for the application fee and in-country, will likely have a detrimental effect on Australia’s desirability as a destination for these visitors and many others.

“With more than a billion global travellers now deciding on their next destination, Australian needs to ensure it is competitively positioned to maximise its share of the lucrative international travel dollar.”

As reported on Wednesday (13th May - Federal budget backs small business but adds tourism taxes), the Tourism & Transport Forum (TTF) pointed out that working holiday makers were “one of our highest spending categories of visitor”.

TTF Chief Executive Margy Osmond stated “ripping more than half a billion dollars from the visitor economy with a new ‘backpacker tax’ is simply ridiculous.

“Taxing working holiday makers from the first dollar they earn, instead of giving them equal treatment with other resident taxpayers, is a backward step and will damage Australia’s international reputation.

“Coupled with the tenth consecutive increase in their application fees, this new tax on working holiday makers will make them think twice about coming here.”

An ABC News report on the issue also spoke to Australian farmers who rely on overseas workers and who said backpackers would no longer have many incentives to work on farms.

As a result of the changes, New Zealand is likely to benefit as more attractive for young travellers to visit on a working holiday.