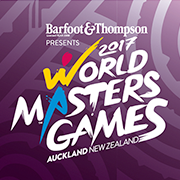 New Zealand has won the hosting rights to the 2017 World Masters Games.

Announcing New Zealand's hosting Prime Minister and Tourism Minister John Key stated "this is a significant win. This international event will draw tens of thousands of people to the country and inject millions of dollars into the economy.

"This is a vote of confidence in New Zealand as a venue for major international sporting events and, we hope, this is one of many more to be staged here following on from the success of the Rugby World Cup."

The World Masters Games are one of the biggest participatory multi-sports events in the world, and are held every four years. The 2017 event will be the first time they have been held in New Zealand.

Prime Minister Key says the games will boost both the local and national economy, adding "an independent study showed that we can expect the World Masters Games to contribute $53.5 million to New Zealand's GDP, including $37 million to Auckland's GDP.

"We're also expecting to see the hotel and hospitality sectors get a real boost, with international visitors alone to spend an estimated 266,190 nights in New Zealand accommodation."

The 2017 World Masters Games are expected to bring over 35,000 visitors to Auckland for up to 30 different sports, including track and field, basketball, surfing, swimming, cycling and volleyball.

The games will be spread across more than 35 venues in the Auckland region, such as Mt Smart stadium, ASB stadium, Auckland Domain and Piha Beach.