New Zealand to build on its Beijing Olympic success 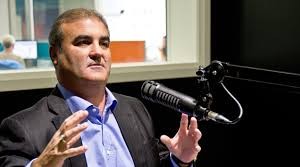 Minister Cosgrove said that like all New Zealanders, he is fiercely proud of the efforts of the Kiwi team to date in winning three golds, one silver and five bronze medals as well as numerous other strong performances in Beijing, stating "the magnificent achievements of our athletes reward their skill, talent and years of hard work and sacrifice.

"This is a phenomenal result from our Olympians who have done our country and themselves proud."

Minister Cosgrove (pictured) said the results also underline that the New Zealand Government's High Performance Strategy through its agency Sport and Recreation New Zealand (SPARC) is working, adding "however we can't let up on the momentum we have gained.

"The Government's High Performance Strategy needs to be taken to the next level as New Zealand looks to London 2012. We have got the formula right, but letâs look at how it can be honed even further.

"Therefore I have asked SPARC to provide me with a robust case of what is needed going forward, as part of the post-Beijing analysis it will be undertaking. All areas will need to be looked at, including funding.

"I have asked SPARC to focus on funding levels and talent identification as part of their debrief process with national sport organisations. This means that as well as supporting our existing elite athletes, we need to identify and develop our young gifted athletes coming through, who will become our next generation of champions.

"The message is clear, we need to continue to develop our best sporting talent to its utmost, while also ensuring sport and recreation is well supported at the grassroots level.

"This is a fantastic time for sport in New Zealand, and the focus is now to build on Beijing."

National Sport Organisations are about to commence a post-Beijing debrief and will be sharing their findings and London 2012 plans with SPARC by December.