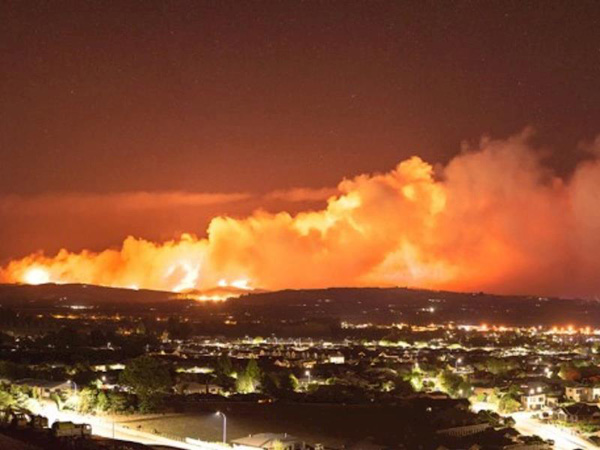 A recent New Zealand report, jointly produced by the Ministry for the Environment and Stats NZ, Environment Aotearoa 2019, highlights the serious impact of lifestyle on the environment and outlines nine priority issues in need of attention. On climate change, the report is more detailed and hard-hitting than past reports have been.

The report describes an environment that faces serious pressures, including species at risk of extinction, polluted rivers and streams, the loss of productive land as cities expand, and climate change.

Commenting on the report, New Zealand Secretary for the Environment, Vicky Robertson advised "this report provides a health check on our environment and shows it’s under pressure in many places – in our towns and cities, and rivers and oceans.

“If we want to protect the things we value, now and for future generations, we need to focus our attention on the choices we make from here on.”

Government Statistician Liz MacPherson also stated “the strength of our environmental reporting system is putting robust, independent, rigorously checked information into the hands of decision-makers – from here we can make informed decisions on what happens next."

Minister Robertson said it had taken generations to get to this point and issues won’t be fixed overnight, adding "a lot of good work is being done to protect and restore our environment, on our farms, in businesses and homes, and across central and local government, and more is needed.

“The choices we have to make to respond to the issues raised are not always straightforward. The economy has been built on our environment, our population continues to grow, and climate change is amplifying many current pressures.

In 2015, New Zealanders produced 17.5 tonnes of greenhouse gases (measured as carbon dioxide equivalent) per person, 33% higher than the average of 13.2 tonnes from industrialised countries.

The Conversation highlights that in the latest figures from 2017, gross emissions rose 2.2% from 2016 and remain 23% above 1990 levels. The immediate causes are clearly stated: high emissions of methane and nitrous oxide from agriculture and sharply rising emissions of carbon dioxide from transport.

New Zealand has 4.36 million vehicles, up half a million since 2015, but lacks the regulations found in many other countries, such as CO₂-linked registration fees and fuel efficiency standards.

Minister Robertson went on to say “understanding the issues means we can focus our efforts in the places where we can make the biggest difference.

MacPherson said the report also points out how critical it is that we continue to build and expand our knowledge of our environment, advising "we have considerable knowledge in some areas. Understanding our environment as a whole – as a system – is a much bigger challenge. We need to align, coordinate, and leverage efforts across knowledge and reporting systems, so we are better equipped to understand the effects of our actions."

According to The Conversation, polls show a rising awareness of climate change and a hunger for stronger action. The Zero Carbon bill is expected to go to select committee before June, but even when passed, emissions will not start falling until the mid-2020s, with the heavy lifting left to the 2040s and future emission reductions technologies.

• Native plants, animals, and ecosystems are under threat
• Changes to the vegetation on the land are degrading the soil and water
• Urban growth is reducing versatile land and native biodiversity
• Waterways are polluted in farming areas
• Environment is polluted in urban areas
• Taking water changes flows, which affect freshwater ecosystems
• The way New Zealanders fish is affecting the health of the ocean environment
• New Zealand has high greenhouse gas emissions per person
• Climate change is already affecting Aotearoa New Zealand.

Image: The 2019 bushfires near Nelson.