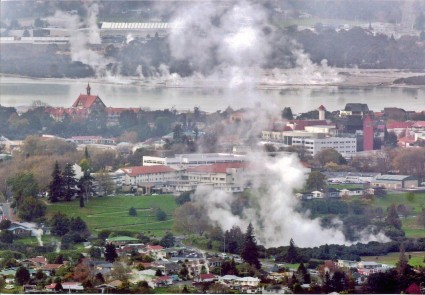 While making up only a small part of the expected $10 million cost of Rotorua’s planned World Spa project, a New Zealand Government contribution of $350,000 is being almost universally acknowledged for helping progress the city’s plans to be a world class spa destination.

Being developed on the QE Health site on Rotorua’s lakefront by Pukeroa Oruawhata Group and World Spa Ltd, the five-star hotel and spa complex has been estimated as providing up to $48 million in economic benefits to New Zealand per year by 2020.

World Spa Director Peter Sharplin said the finished development would be unlike any other spa in New Zealand and would draw on the expertise of international spa consultants.

Sharplin told stuff.co.nz “the aim is to develop an entirely new format of spa offering that complements, rather than necessarily competes with existing spas.”

Announced by Prime Minister John Key at last week’s TRENZ tourism industry conference in Rotorua, the $350,000 will come from the New Zealand Government’s from the Tourism Growth Partnership fund.

“The Rotorua Lakes Council has set a goal of 1.5 million commercial spa visits yearly, and the development of this new spa will certainly help with achieving that goal.”

Expected to open in 2017 the development aims to tap into the 3.2 million yearly visitors to Rotorua, as at present, only 500,000 commercial spa visits are made to the region annually.

The development has also been welcomed by Rotorua Mayor Steve Chadwick, who said it fitted the Council's vision for the district to reclaim its title of 'Spa capital of the South Pacific’. 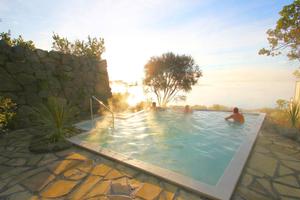 Mayor Chadwick explained “the funding will provide a boost towards progressing the work that has been underway for some time.

"It's great to have central government endorsing our vision to be a world class spa destination.

“Rotorua has a hot springs heritage that dates back to its earliest Maori residents. We believe the potential for spa and spa-related developments is huge. It could be what takes our tourism industry to the next level and I look forward to further progress."

Peter Faulkner of Pukeroa Oruawhata Group said the World Spa project was the first stage of a much larger redevelopment at the lakefront.

Faulkner stated "the scale of the larger redevelopment is a game-changer for Rotorua and will become a key driver of economic growth for the city.

“We are still working through our plans for the wider site.

“However, a central theme for the overall development will be the area's historical connection with wellness.”

"The city will benefit hugely from the right development on that site. We aim to knit the city together between the Rotorua Central end [of town], which has pretty much been developed, and just being inclusive about the whole town."

However, Jordan Williams of activist group the Taxpayers Union has dismissed the funding as "corporate welfare” that was "pulling tourism out of other regions to bolster a favoured business."

Williams stated “this is taxpayer money going to build a spa in Rotorua.

"That's not innovation, it's corporate welfare of the worst kind."