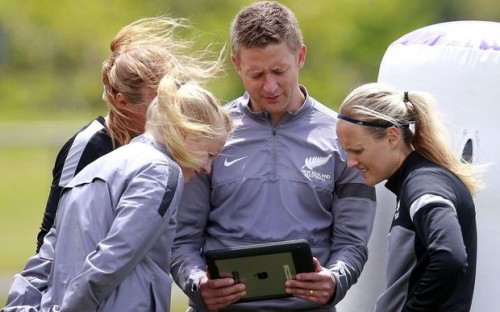 While the winter season may have wrapped up it has been a busy period for the coaching community with a series of milestone moments taking place as New Zealand Football continues its quest to upskill the country’s mentors.

The governing body is committed to producing players capable of making an impact on the world stage and coach development therefore has a key part to play with the mantra ‘Better Coaches, Better Players’ summing up this ethos.

With this in mind, the NZF Coach Education Pathway was amended last year to provide separate avenues for the advanced and community levels in a bid to produce specialised coaches in all areas.

Much of the focus over recent months has been on the advanced pathway with Part Two of the inaugural OFC/NZF A-Licence - the world’s second-highest coaching qualification - set to be held in December and a range of other firsts taking place.

The Junior Level 3 Coaching Award - the highest qualification for coaching players aged four to 12 years - has recently been on offer for the first time in a pair of historic courses while opportunities to gain the Senior Level 2/Youth Level 3 have also been staged around the country.

Another ground-breaking occasion arrived with the completion of the OFC/NZF B Licence - the second-highest qualification available in the country - while the female game received a huge boost when Italian Carolina Morace paid a visit down under to conduct a FIFA Women’s Coaching Course.

The chance to learn from a figure of Morace’s standing was a rare one as she is considered a legend in her homeland and is the first woman to have been named in Italian football’s hall of fame. 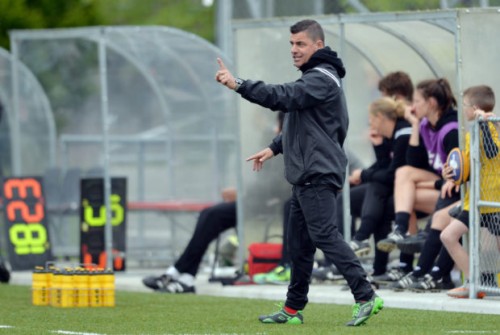 The recent activity has helped New Zealand become comparable with many major football nations in the coach education it offers and is also part of an intention to prime the country’s coaching community for a number of criteria that have been introduced across the range of national competitions.

Minimum qualifications to coach a team are now in place for the Stirling Sports Premiership, National Youth League and National Women’s League as New Zealand Football takes strides to align the coach development pathway with its national competitions framework.

For example, clubs playing in the Stirling Sports Premiership must appoint a first-team head coach that has a minimum OFC/NZF B Licence coaching qualification while the assistant coach must possess a minimum NZF Senior Level 2 Coaching Award.

It is also a requirement for each Premiership club to appoint a specialist goalkeeping coach while the coach of the National Youth League team must have a minimum Senior Level 2/Youth Level 3.

To accommodate those coaches who have been educated overseas, an international equivalent of these qualifications is deemed acceptable through the Recognition of Prior Learning scheme.

In addition to the regulations around coaching a Premiership outfit’s first or youth team, any coach working under the club’s banner - including contracted community coaches - must be accredited on the New Zealand Football Coaches Network.

Coach Development Manager Steven Dillon is pleased with the progress that has been made in recent months and believes the country’s players will benefit greatly over the coming years.

Dillon adds “this year has seen exponential growth in the delivery of formal education across the country with a huge focus on the Advanced Coaching Pathway.

"Not only are we increasing the football knowledge and coaching capability across the board, we are also ensuring that our national competitions framework is populated with coaches who are appropriately qualified to operate at each level."

More opportunities for coaches to develop further are on the horizon with two NZF Regional Coaching Conferences being held this month in Auckland and Christchurch respectively, as well as a National Refresher Course in Auckland.

For more information go to www.nzfootball.co.nz/coaches