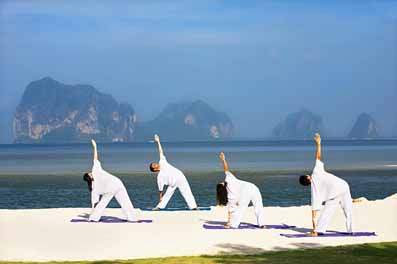 Asia's affluent middle class is set to increase almost fivefold over the next 20 years, presenting significant opportunities for Australian tourism, according to a new report released by Tourism Australia and the United Nations World Tourism Organisation (UNWTO).

McEvoy explained "the crucial factor behind the growth of travel out of the Asian markets from South-East Asia as much as from China is the increasing middle class population of those source countries due to their growing economic prosperity.

"Each market is different, but they all possess significant potential, which we need to understand to really make the most of this Asian Century."

UNWTO Secretary-General, Taleb Rifai said around 30% of the world's middle class population is now in Asia and this figure is expected to increase almost fivefold over the next 20 years, to 3.4 billion or 60% of the world's total.

Rifai stated "(the) UNWTO is very pleased to have partnered with Tourism Australia in producing this report that sheds new light on the travel trends of these countries."

The new report provides detailed profiles of each market based on extensive research, including analysis of their future potential.

In 2012, these five countries accounted for US$47 billion in international tourism expenditure, up from US$ 25 billion in 2006.

McEvoy said that each of the five countries had its own unique characteristics but that they all had the potential to be significant future source markets for Australian tourism in the coming years, adding "Indonesia stands out because of the size of the country and its population. While it has a long way to go to realise its potential, Indonesia is making rapid progress and is very much on our radar.

"Singapore is notable for its wealth and is by far the largest of the five markets in terms of spending. It's also a more mature market, the only country in this study where outbound travel - long-haul and short-haul - is already a reality for the majority of residents.

"Malaysia is similar to Singapore in terms of the current levels of outbound travel, but at the moment those trips are predominantly short-haul, often the same day. The spending power of Malaysians is not as high as Singaporeans, but higher than in Thailand, Indonesia and Vietnam, so there's good potential here too.

"Thailand has arguably been hampered in recent times by political upheavals and environmental catastrophes, such as recent flooding, but nevertheless still presents sizeable opportunities for economic and outbound tourism growth.

"Vietnam has a large population, but average incomes are still very low. In terms of current spend and visitation, is by far the smallest of the five markets at the moment, but also the fastest growing."

For more information go to www.tourism.australia.com/en-au/