Following the success of the inaugural National Sports Convention in 2016, the 2017 event aims to address how the industry collaborates, plans, develops and deliver programs to activate people to engage in sport and recreation.

Having been held in Sydney in 2016, where it attracted 600 participants, including over 80 speakers, 55 exhibition stands and broad representation from all levels of government, sport, education, the not-for-profit sector and the commercial sectors, this year’s National Sports Convention (NSC) is being held in Melbourne from 19th to 21st July 2017.

Commenting on this collaboration, Vicsport Chief Executive Mark McAllion states “the 2016 National Sports Convention highlighted the opportunity for even greater collaboration between sport and local government to support sports clubs and programs to encourage more people to participate.”

SAPIA President Mark Edmondson adds “the Sports and Play Industry Association is pleased to once again participate in the National Sports Convention.

“During the 2016 NSC in Sydney, we announced to the industry our rebranding from the Sports Contractors Association to SAPIA (and) since that time we have had a significant increase in membership numbers, from individuals to international corporations who share our best practice goals.

“NSC provides a forum for manufacturers and installers to promote their products and services to end users, ensure they are up to speed with the latest techniques and technological advances from home and abroad and take a look at what their competitors are .” 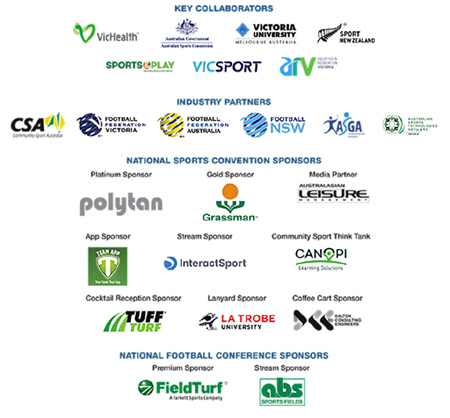 With the support of these key collaborators and partners, the National Sports Convention will feature several aspects, including: