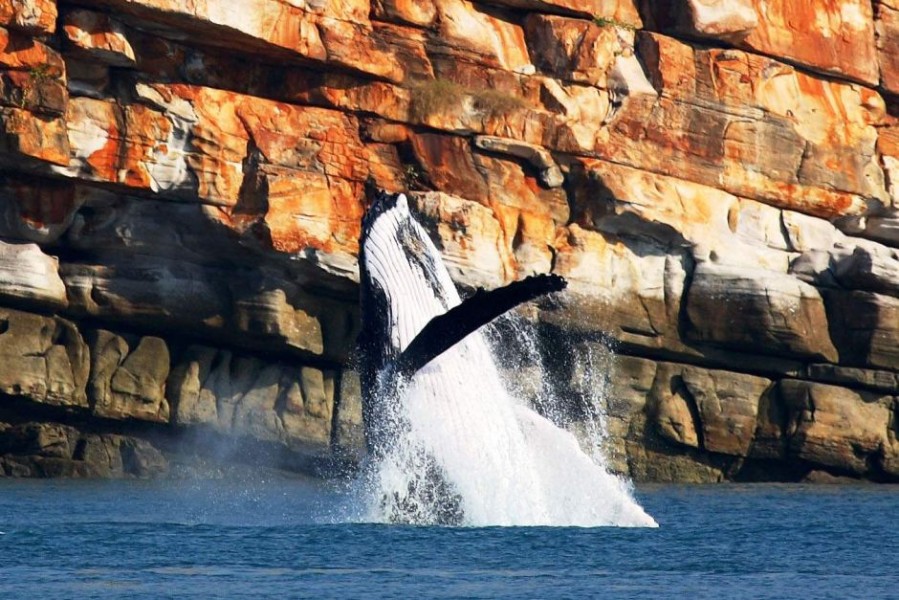 Thousands of humpback whales that annually migrate along the coast of Western Australia now have increased protection within a new marine park created by the WA Government.

Premier Barnett explained "Camden Sound, covering nearly 7,000 kilometres2, is the first of four new marine parks to be created under the $63million Kimberley Science and Conservation Strategy. Other parks will be created at Eighty Mile Beach, Roebuck Bay and the North Kimberley.

"Creating this marine park reaffirms our election commitment to protect this significant and biologically important region.

"Camden Sound is internationally recognised as the biggest calving area for humpback whales in the southern hemisphere with more than 1,000 humpbacks found there during the calving season.

"They are part of the biggest population of humpback whales in the world - numbering almost 30,000 - that migrate from Antarctica each year to give birth in the waters off the north of our State."

Minister Marmion said a special purpose zone would be created covering about 1,670 kilometres2 to enhance protection of the humpback whale calving grounds, adding "this zone will require vessels to remain at least 500 metres from humpback mothers and calves.

"There will also be two sanctuary zones comprising about 20% of the marine park area - more than 1,300 square kilometres - around Champagny Islands and Montgomery Reef, which is exposed on the outgoing tide to reveal a series of awe-inspiring waterfalls.

"We have also included a small general use zone covering the frequently visited area known as 'The River' at Montgomery Reef. This will allow some fishing and other activities to continue in this area.

"The marine park's zoning scheme will help protect a unique marine environment, while allowing recreational and commercial fishing as well as aquaculture and pearling to occur."

For the first time ever in Western Australia, there will be a zone which provides for a 'wilderness' fishing experience where recreational fishers (including charter boats) must either catch and release or eat their catch before leaving the zone. Commercial fishing and other commercial activities will not be permitted nor will spearfishing.

Camden Sound Marine Park will contain a range of coral reef communities at Wildcat Reef and in the vicinity of Champagny and Augustus islands.

The marine park will also be home to seagrass and macroalgal communities, extensive mangrove forests of the St George Basin and lower Prince Regent River, tidal flats, and a habitat for dugong, sawfish and dolphins.

The marine park will be jointly managed by the Western Australian Department of Environment and Conservation and the traditional owners, including the Dambimangari and Uunguu people.

The Government has committed $10 million over four years to protecting and managing Camden Sound Marine Park, with ongoing funding of $2.3 million a year from 2015-16.
marine park will be created by mid-2012 followed by gazettal of the zone boundaries later in the year.