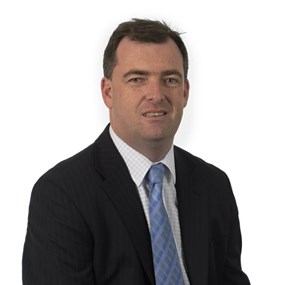 Experienced venues and sport executive Greg Sleigh is to move from Sydney’s ANZ Stadium to take on the role of General Manager – Commercial at Perth’s new Optus Stadium.

For the past six years, Sleigh has been General Manager Business Development at ANZ Stadium during which times he has played a central role in securing a number of global sports and entertainment acts for Sydney, including European football powerhouses Arsenal, Chelsea, Liverpool and Tottenham Hotspur, as well as superstar acts AC/DC, Foo Fighters, Guns ‘N Roses, Adele, Taylor Swift and Ed Sheeran.

Prior to his current role, Sleigh (pictured) served as ANZ Stadium’s Senior Manager of Operations from 2005 to 2011.

Sleigh’s appointment follows a restructure of VenuesLive WA as the Stadium function transitioned from its pre-operational phase to event operations.

Sleigh will move to Perth with his family in the coming days.

Welcoming Sleigh’s appointment, Optus Stadium Chief Executive Mike McKenna stated “I am delighted to welcome Greg to the Optus Stadium team and Perth. He is a highly-respected business leader and a welcome addition to my Executive team.

“The WA State Government has designed and delivered an outstanding venue that is receiving rave reviews from fans and the venue industry.

“Optus Stadium will continue to secure more content to the venue to maximise the event calendar, providing economic benefits to the local economy and Greg’s wealth of industry experience will be pivotal in achieving this outcome.”

The multi-purpose Optus Stadium has already welcomed 215,000 fans and a further 120,000 will attend tonight and tomorrow night when international superstar Ed Sheeran kicks-off his record Australia and New Zealand divide world tour. Ed will be the first concert performer for this world-class venue.

Sleigh said he was thrilled to be joining the Optus Stadium team in Perth, adding “it’s not every day you get the opportunity to join the management team of the most exciting stadium in Australasia, and I can fully understand why the people of Western Australia are already so proud of the magnificent Optus Stadium.

“Having seen the Perth Stadium project evolve from the development of the VenuesLive bid, it’s been exciting to watch Mike McKenna and his fantastic team open the Stadium and I look forward to playing a role in what comes next.

“It’s been a privilege to have enjoyed 13 years at ANZ Stadium in Sydney. When I look back on the great memories, they’re tied as much to the people I’ve worked with in the Stadium team and in our partnerships, as much as the spectacular events we’ve collaborated on.

“While I’m sad to leave Sydney, the opportunity to remain in the VenuesLive family and join the team at Optus Stadium is a perfect one, and my family and I are thrilled to have been given this wonderful opportunity to come to Perth, one of the world’s most beautiful cities.”