New data shows that the arts matter to Australia 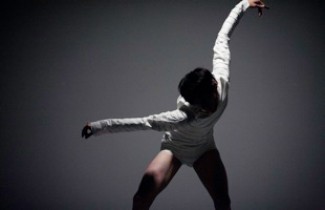 A landmark new report shows that 85% of Australians think the arts make for a richer and more meaningful life.

The report, Arts Nation: An Overview of Australian Arts, released by the Australia Council, which provides a fresh approach to understanding Australian arts through a new set of indicators, also shows that Australia's cultural sector contributes $50 billion towards the country’s GDP, including over $4.2 billion from the arts.

Australia Council Chief Executive Tony Grybowski believes that Arts Nation tells a great story about the way Australians engage with the arts, the strength of Aboriginal and Torres Strait Islander arts, the increase in private support for the arts, and the contribution made by arts and culture to the Australian economy.

Grybowski explains “understanding the arts is complex (and) this report creates fresh new indicators that are measured through original and existing data.

"This snapshot in time sets a benchmark against which we can measure future trends.

" It also identifies data gaps, so the report will evolve over time as new information is identified.

“The report explores public attitudes, access and participation in the arts, both as consumers and creators.

"It also includes a new way of examining the relationship between people who engage with the arts and their sense of wellbeing.

“It also highlights the growing importance of arts tourism, with nearly 40% of international visitors undertaking an arts activity and one in four visiting a museum or gallery, the same rate as in the UK.

“I’m pleased to say the key findings are very encouraging and show positive results across most categories, providing tangible evidence that the arts are an intrinsically important part of Australians’ lives.”

Grybowski said the report was a key part of the Council’s commitment to a stronger evidence base for Australian arts, one that can be used as a resource by the arts sector, and a catalyst for informed national conversations about arts and culture more broadly.

Key findings from Arts Nation: An Overview of Australian Arts, include:

• 85% of Australians think the arts make for a richer and more meaningful life;
• Geography does not impact attendance levels as much as you might expect, with 74% metro, 69% inner regional, 65% outer regional and 67% remote;
• Aboriginal and Torres Strait Islander artists are proportionally more likely to be nominated for a major Australia art award or participate in an international arts event;
• Indigenous visual arts are a major contributor to the arts economy, and remote art centres generated $53 million in art sales between 2008 and 2012;
• The cultural sector contributes $50 billion towards Australia’s GDP, including over $4.2 billion from the arts;
• Consumers are the biggest arts funders, with $1.5 billion in live performance tickets sales in 2013;
• Crowdfunding is a small but rapidly growing area of Australian arts funding with high success rates;
• 2.4 million international arts tourists visited Australia in 2013-14, up 19% over the past four years.