Following the resounding success of the 2014 Auckland Theatre Awards (ATA), which introduced a formal judging panel for the first time, founders Kip Chapman and Rachel Forman have handed on the creative producing reigns to two exciting young practitioners.

Well-known actor, writer and comedian Eli Matthewson will lead the creative process behind the show, with Producer Sophie Dowson stepping up to tackle the production side of things.

Both Dowson and Matthewsoni have established themselves as committed, innovative theatre makers, working both onstage and behind the scenes.

Explaining that the pair will bring a new perspective and fresh approach to the event and proceedings, Chapman stated "the Auckland Theatre Awards is no ordinary show and producing it requires a unique mix of talents, we are extremely happy to announce that we have found the perfect recipe with this duo.

"Both Sophie and Eli understand the tricky line between celebration, satire and irreverence. That balance has been what has made the awards such a fun and important occasion. We know we are leaving the event in good hands."

Dowson is an up and coming production manager/producer, committed to approaching each project on it’s own terms and adapting her skills to meet the needs of the work.

She has worked on both large-scale festivals and exciting independent theatre productions and is looking forward to joining the ATA family.

Dowson explains "as practitioners making a show, we tend focus so closely on our own work and forget that our dedication makes us part of a wider cohort.

"I'm excited to be part of the team whose driving purpose is celebrating the diversity of shows that have been produced over the year and in doing so, brings the Auckland theatre community together to entertain each other."

Matthewson has performed across New Zealand and at festivals in Melbourne, Edinburgh and Glasgow. A two-time Billy T Award nominee, Matthewson is a regular writer for Jono and Ben and a peformer with acclaimed improv group Snort.

Commenting on his involvement in the awards, Matthewson stated "I'm thrilled to be helping take on what is one of the most exciting nights in the Auckland Theatre Calendar.

"Sophie and I are going to make an event to remember.” 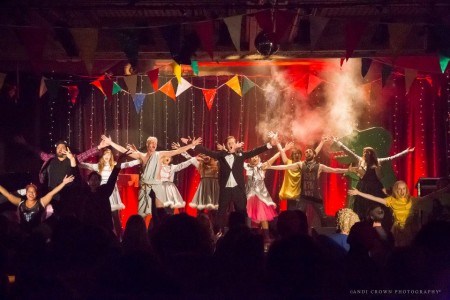 The Auckland Theatre Awards have also established a Charitable Trust to ensure the organisation maintains it’s goal to ‘celebrate, challenge and entertain’ the Auckland theatre community.

Chapman and Forman will take seats on the board alongside two industry professionals who are yet to be announced.

The 2015 Auckland Theatre Awards will be held in December.