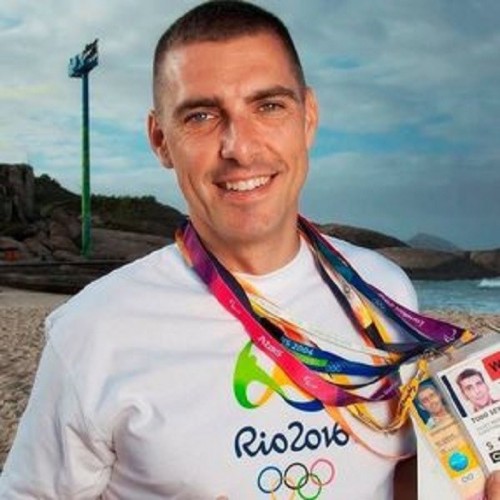 Severson, who was most recently Director of Games Services for four years with the Rio 2016 Organising Committee for the Olympic and Paralympic Games, joins the Sydney based company as Chief Operating Officer.

He will spearhead the commercial delivery of a slate of event projects that are conceived and delivered by the AGB creative team, headed by founder and Chief Executive Anthony Bastic.

Operating AGB Events for over 10 years, Bastic is best known as Curator of Vivid Light as part of Destination NSW’s Vivid festival.

In addition, AGB Events has also created other annual traditions including the Lights of Christmas and the more recent the Parrtjima – A Festival in Light, in the Northern Territory along with international light event projects in India and the USA.

Severson (pictured) brings an outstanding track record of 10 Olympic Games, G8 and G20 meetings, Commonwealth Games and even an edition of the Sundance Film Festival.

He specialises in integrating operations and systems across the multiple business areas that are the hallmark of major events. This includes project planning, coordination of ticketing, venues, staffing, and logistics from security to catering. He also boasts a track record in developing winning proposals that he intends to build with AGB Events.

Severson says the strength of AGB’s unique creative content and their ability to engage audiences in superb spectacles that relate and delight are key attributes he wants to share further with the world.

He explained “Anthony and this team have a tremendous flair for creating events that resonate. Their storytelling through the experience of an event is second to none, so I am excited to see where we can take this Australian product on the world stage.”

Bastic said the appointment was an exciting time for AGB to expand both their public celebrations as well as their government and commercial event opportunities, and particularly to leverage Severson’s extensive international experience.