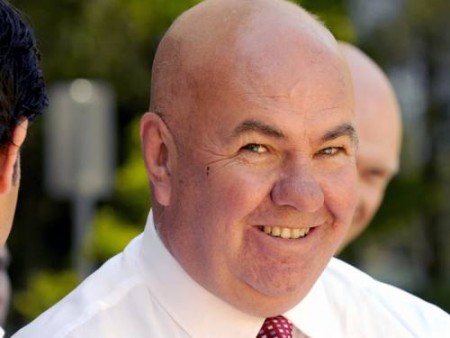 Neil, who was appointed to the SAL board of directors in February, takes over from Glenn Tasker, who resigned his position as Chief Executive last month after six years in the job.

The 52-year-old Neil was one of three applicants short listed for the position and he will take up his new role in mid to late September.

Neil had a successful 10-year reign in charge of the Raiders between 1991 and 2002 and is regarded as one of Australiaâs most respected sports and business related administrators.

Neil will leave his position as the ACT Manager of Australian Air Express to steer Australiaâs leading Olympic sport towards the 2012 London Olympics.

Swimming Australia President David Urquhart today welcomed Neil into the new role at the helm of a sport which has been at the forefront of Australian sport for the past century, stating "swimming is privileged to have such an accomplished sports administrator in Kevin Neil, take over from Glenn and the Board is delighted to have Kevin in the position as CEO.

"We have a wonderful product from the grass roots of our community to the very elite of our sport who will represent Australia in the coming days at the Beijing Olympic Games."

Kevin Neil explained his excitement over the appointment, following a whirlwind introduction to swimming, saying "it was only six months ago that I came on to the board and here I am as the CEO -  it's funny how things turn out but from the outset I was comfortable around the people I met and excited with the product.

"When Glenn resigned to take up his position at NSW Tennis I thought long and hard about taking the plunge into a sport I must admit I knew little about until this year.

"But I have certainly liked what I have seen and I am excited about assisting in taking the sport into an exciting new era."