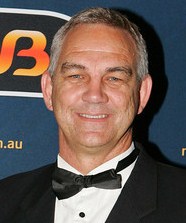 The National Basketball League yesterday revealed the details of its four-year business plan at the official launch of the 2011/12 iiNet NBL Championship season in Melbourne, with the league having the bold goal of aiming to make itself a leader in sports entertainment in the Asia Pacific region.

Basketball Australia Chief Executive Larry Sengstock said the plan was an audacious one but would firmly set the direction for the league for the next four years as it looks to capitalise on the solid growth experienced over the past two seasons.

Sengstock (pictured) explained "our business plan sets ourselves some hard targets which we can work towards and some stretch goals which will help to drive our growth.

"We know exactly where we need to go and this is our roadmap for getting there. We are already enacting it and the response from our stakeholders and the basketball community in general has been overwhelmingly positive."

Entitled 'NBL Transition 2015', the four-year business plan includes some specific targets for the league that include:

The NBL is already moving to enact the plan, and yesterday announced that it would introduce three themed rounds for the 2011/12 iiNet NBL Championships season. In Round Seven, the league will celebrate its rich 32 year history with the introduction of an NBL Heritage Round. An NBL Family Round will be held during the summer school holidays in Round 16 to highlight the attributes of basketball that makes it uniquely engaging to families. An NBL Community Round will also be held in Round 21 to promote the sport's grass roots strength as the third largest team-based participation sport and the active role the NBL clubs and players make in the communities in which they live.

This season the NBL are also introducing a new inter-city competition between long standing rivals, the Sydney Kings and the Melbourne Tigers within the regular season schedule which will be known as the 'Capital City Clash'.

The NBL's extensive fan research indicated that spectators would like to see more entertainment particularly for the family at games, so the plan also includes each NBL venue this season featuring an 'NBL Fan Zone' where the family can meet and interact with players, participate in competitions and games and check their height against lifesize images of the NBL's tallest players.

The 2011/12 iiNet NBL Championship season tips-off on 7th October, with clubs participating in the official pre-season tournament in Queensland, the Sunshine State Challenge, next week.

Details on the Sunshine State Challenge can be found at www.nbl.com.au/sunshine