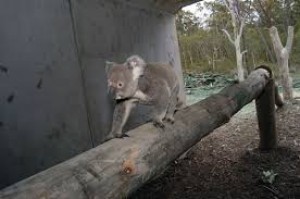 The National Wildlife Corridors Plan a bold vision for reconnecting the Australian landscape through a network of wildlife corridors has been released.

Federal Environment Minister, Tony Burke, said the Corridors Plan was an initiative to improve resilience for the environment by connecting protected areas, stating "you can look at a map of reserved areas and sometimes it looks like someone has dipped a toothbrush in paint and splattered different unconnected dots across the land.

"Corridors are about connecting those dots; it's a way of improving resilience and ensuring that we are protecting nature in a way that preserves it for generations to come.

"The Plan unveiled outlines a process for communities to identify and nominate areas they believe will contribute to a national network of wildlife corridors. An area that meets the criteria and is declared as a National Wildlife Corridor may be eligible for priority funding under a range of Australian Government funding programs.

"This is about setting priorities for conservation funding. The plan does not, of itself, lock up any land.

"The Corridors Plan identifies a number of ways communities can become involved in wildlife corridor initiatives, contributing to biodiversity conservation at the landscape scale and improving the sustainability of their local and regional areas.

"Under the Corridors Plan, communities will be able to nominate wildlife corridors for recognition and declaration as National Wildlife Corridors. Over time, a network of wildlife corridors will be established across Australia, benefiting our biodiversity, and our agricultural and built environments."

Endorsement of the Corridors Plan meets an election commitment to establish a wildlife corridors plan that increases the resilience of Australia's native plants and animals, and agricultural landscapes, so they are more able to withstand the impacts of climate change.

"The insights provided by regional natural resource management organisations, environment groups, local and state governments, scientists, Aboriginal and Torres Strait Islander peoples, tourism organisations, planning organisations and agricultural and mining peak bodies were all considered by the Advisory Group during the consultation on the draft Plan."

The plan will help guide future government investment through a range of initiatives, such as Caring for our Country and the Biodiversity Fund. The Clean Energy Future Plan's Land Sector Carbon and Biodiversity Board will provide advice to the Environment Minister on wildlife corridors within the landscape.

The National Wildlife Corridors Plan can be downloaded from the Department of Sustainability, Environment, Water, Population and Communities website at www.environment.gov.au/biodiversity/wildlife-corridors