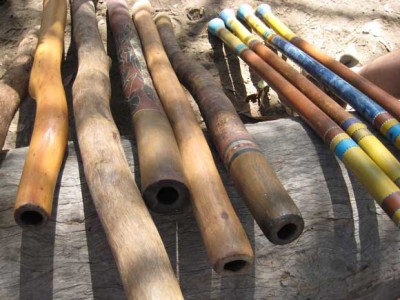 One of Australia's largest national parks has been given back to its traditional Indigenous owners and renamed.

The park, formerly known as Gregory National Park, is in the central-west of the Northern Territory and spans 1.3 million hectares.

It has been renamed Jutpurra National Park.

Hundreds of traditional owners camped at the park's Jasper Gorge, about 350 kilometres south of Darwin, for the recent hand-back ceremony.

The ceremony was attended by the Indigenous Affairs Minister, Jenny Macklin, and the Governor General, Quentin Bryce.

"I acknowledge the ancient and living keepers of this sacred land beneath and around us," the Govenor General said.

Under the hand-back deal, the park is being leased to the Northern Territory Government for 99 years.

Local Aborigines will be trained as rangers and to set up tourism enterprises.

The Northern Land Council says giving the park back to traditional owners will help them break out of poverty.

As Council Chief Executive, Kim Hill explains "what it means is that people don't have travel interstate (or) Darwin or Katherine for jobs.

"It means opportunities for economic development for eco-tourism ventures.

"It means people can also become rangers, not just (for the) land council but also the Northern Territory Government in Parks and Wildlife."