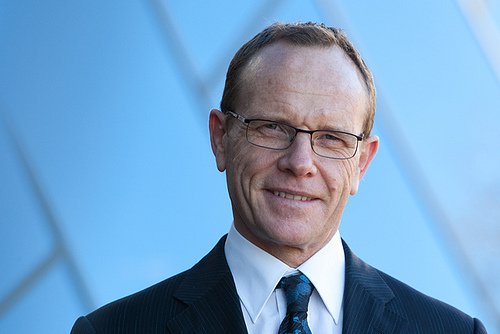 Andrew Sayers, Director of Canberra's National Museum of Australia, has announced he will retire from the position in the middle of the year.

Sayers, who is three years into a five year contract at the Museum, says he is leaving Canberra to be with his wife who lives and works in Melbourne.

He explains "professionally I have enjoyed making a contribution to the Museum, yet, as many couples have discovered a commuter relationship is not ideal.

"I leave the museum confident that the reputation of the museum as the home of our national treasures is one of which we can all be proud."

Chairman of the Council of the National Museum of Australia Daniel Gilbert says Sayers has made a significant difference to the museum, stating "the museum's visitor numbers have grown and he has made changes to the look and amenity of the museum, making the visitor experience more engaging."

Gilbert added that Sayers' work has strengthened the museum, stating "we are very sorry to see him go.

"He's been a terrific director of the museum over the last few years and he will be a loss."

During Sayers' time as Director, the museum attracted record visitor numbers, opened a new cafe and expanded into a new wing.

Sayers, who has worked at cultural institutions in Canberra since 1985, is set to officially hand over the position on 1st July.