Musical theatre has a major impact on Victoria’s economy 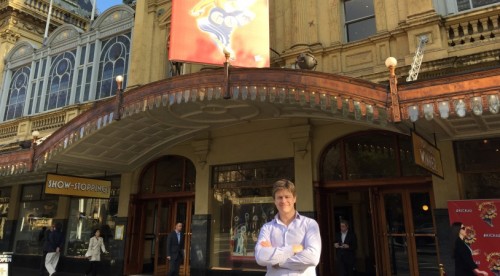 A new report has found that Melbourne’s landmark East End theatres contributed almost $700 million to the Victorian economy in 2014/15, demonstrating the enduring appeal of the historic venues.

The research revealed that more than one in four tickets sold in the entire Victorian performing arts industry was for an event at an East End theatre.

The district hosted 1.5 million patrons from Victoria, interstate, and internationally, at over 1,700 performances across ten performance genres.

Jason Marriner, Chief Executive of Melbourne theatre operator the Marriner Group, commented “this is an incredible result that puts theatre on par with major events like the Australian Tennis Open, and proportionally beats Broadway and London. Melbourne is a city of theatre as much as it is a city of sport and food.”

The East End theatres also generated flow-on impacts to the local economy, with restaurants, hotels and retail benefitting from the influx of audiences.

The results come off the back of a successful year of musicals, with the Australian premieres of Cameron Mackintosh’s acclaimed revival of Les Misérables at Her Majesty’s and Once at the Princess, and Victorian premiere and return seasons of Strictly Ballroom The Musical and The Lion King.

Drama was well represented too, with David Suchet’s starring role in The Last Confession resulting in a sold-out season at the Comedy.

Comedy and live music too found significant audiences at the Forum and the Athenaeum, accounting for over 500 performances in the last financial year.

Mike Walsh, owner of Her Majesty’s Theatre, stated “Melbourne is unique in the Southern Hemisphere in having this collection of world-class theatres. And they are all private owned and funded.”

The report comes at a time when Melbourne is again flourishing with musical theatre offerings: Matilda the Musical is continuing its sold-out season at the Princess, Singin’ in the Rain has concluded a successful season at Her Majesty’s, and The Sound of Music plays at the Regent. Later this year comes We Will Rock You, and the Australian premiere of Kinky Boots.

The report acknowledges uncertainty around the future economic impact of the theatre district, noting that the ageing buildings, the youngest of which is 87 years old; changing patron expectations; and increased interstate competition, all present challenges in coming years.

Marriner added “we recognise that we have significant challenges ahead.

“All the theatre managements view themselves as custodians just as much as business owners, and we’re doing all we can to ensure these beautiful buildings are around for generations to come.”

The East End Theatre District has been at the heart of Melbourne’s major events since 1990, when the restoration of the Princess Theatre and the premiere of The Phantom of the Opera spearheaded an ‘arts-led recovery’ to Victoria’s deep recession.

The success of Phantom encouraged the Victorian Government to establish the Melbourne Major Events Company (now part of Visit Victoria), which has been central to Victoria's major events strategy for more than 25 years.

The East End Theatre District – the eastern block of Melbourne’s CBD ­– is home to six historic, landmark theatres that present blockbuster musicals, drama, live music, children’s shows, comedy, festivals and special events. The huge range of restaurants, laneway bars, and hotels has developed the East End into a vibrant and social hub of live entertainment in world’s most liveable city.

The report was commissioned by the East End Theatre District, and conducted by independently by the global business services firm Ernst & Young.

Attendances
• The East End Theatre District hosted 1.5 million patrons in 2014/15.
• Yearly attendance at the East End theatres exceeds every other Victorian major event, with the exception of AFL games and combined attendance at Zoos Victoria.
• 16% of attendees were from outside Victoria, rising to 27% for ‘high profile’ events such as Australian premiere musicals.