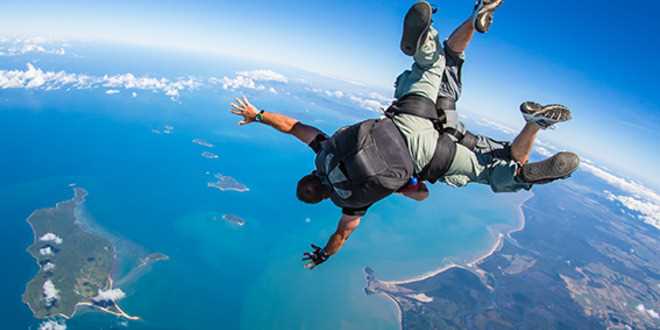 Kerri Pike, aged 54, and instructors Peter Dawson, aged 35 and Toby Turner, aged 34, died after what was believed to have been a mid-air collision between tandem and single skydivers at Mission Beach.

A resident said they fell onto the lawn of a private property.

The Mission Beach jump site is popular with locals and tourists, with Skydive Australia completing between 15,000 and 20,000 jumps per year at the location.

Ritter said the solo instructor had more than 7,000 jumps of experience, while the instructor in tandem had skydived more than 10,000 times with eight years' experience.

The Australian Parachute Federation (APF) is conducting an investigation on behalf of the Civil Aviation Safety Authority and Workplace Health and Safety.

Ritter said he had spoken to all the families of the victims, advising the ABC "I'm not in a position to speculate about what happened (but) we will be conducting an internal review of all our procedures and policies just to ensure that all systems and procedures were followed in the correct manner.

"All of our sites across the country are independently checked and audited by safety regulators every year.

"Skydive Mission Beach was thoroughly checked just two months ago and the findings were zero non-compliances." 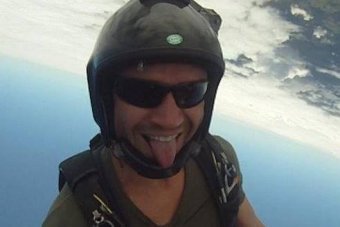 Ritter said footage was captured of the jump and was in the hands of Queensland police.

Counselling is being offered to Skydive Australia employees and other affiliated businesses.

The APF will prepare a report to the coroner following their investigation.

APF Chief Executive Brad Turner said initial findings were that a collision occurred, but that the exact cause of the incident was not yet known.

"Early investigations suggest a collision occurred during freefall after one of the parachutes was deployed - parachutes were open, however, it is unsure at what stage the fatal injuries occurred."

He said more than 180,000 tandem skydives were performed each year with very few serious incidents, and the skydiving community was shocked by the tragedy.

Turner added "our thoughts are with the deceased family, friends and broader community."